The complete makeover exercise will be undertaken in 30 trains half of them Rajdhani and half Shatabdi. 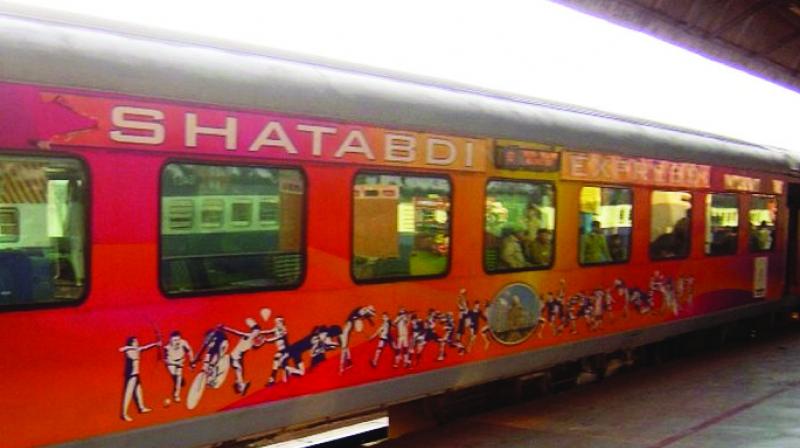 A new uniform has also been designed for the staff in these premier trains.

New Delhi: The premier Rajdhani and Shatabdi trains are going to see a complete makeover from October this year with more passenger amenities like trolley service for catering, uniformed staff and some on-board entertainment being included.

The complete makeover exercise will be undertaken in 30 trains half of them Rajdhani and half Shatabdi. The cost will be an estimated Rs 25 crore, a senior Railway official said.

Coinciding with the festive season in October, the new refurbished trains would be launched under a three-month programme under Project Swarn (gold) and will have new coach interiors and improved toilets.

Passengers have been complaining against the available catering, punctuality of trains and the cleanliness of toilets and linen in these trains.

The official said that the deadline for the project will be three months and it will also envisage strengthening of security system in trains with adequate escort personnel by RPF. Among the 15 trains selected for upgradation are Rajdhani Express meant for Mumbai, Howrah, Patna, Ranchi and Bhubaneswar.

Besides cleanliness, the other focus area will be catering, the official said adding that the staff will be specifically trained on hygiene and use of trolley for serving food in premier services as part of the makeover exercise.

A new uniform has also been designed for the staff in these premier trains.

For on-board entertainment, passengers will be offered films, serials and music among other facilities.