MLA's son scolds cop for not answering his call 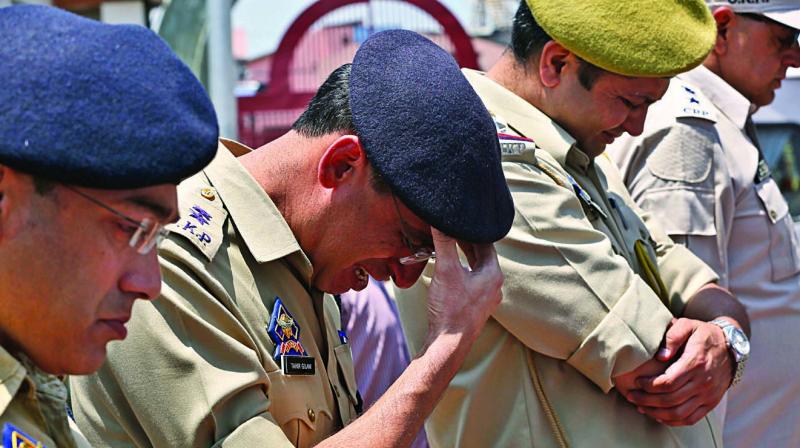 A video of the heated exchange too has gone viral on various social networking platforms. (Photo: For representational purpose)

Lucknow: In yet another incident of elected representatives or their kin interfering with the discharge of government officials' duty, the son of BJP's Kasganj MLA allegedly scolded a police post in-charge for not picking up his phone.

The first ambulance driver apparently alerted Jasveer about having been summoned by the police following which the MLA's son apparently called up the police post in-charge who failed to take up his call, said SP Kumar.

Jasveer subsequently reached the police post and asked its in-charge as to why did he not pick up his call, said Kumar, adding as the police officer asked him who he was, Jasveer threatened him that he would get him transferred.

A video of the heated exchange too has gone viral on various social networking platforms.

The SP said the city circle officer has been asked to enquire into the incident and submit him a detailed report.

No FIR has been lodged against anyone in the case as yet, he added.

The Uttar Pradesh incident came a day after Madhya Pradesh BJP MLA Akash Vijayvargiya was arrested allegedly for interfering with the government officials' duty in Indore.

The son of BJP general secretary Kailash Vijayvargiya had allegedly attacked a civic body official in Indore with a cricket bat while opposing demolition of a dilapidated house.

MLA Rajput, however, Thursday defended his son, saying he gave no threat to the policeman.

He also accused the media of indulging in "illegal activities".