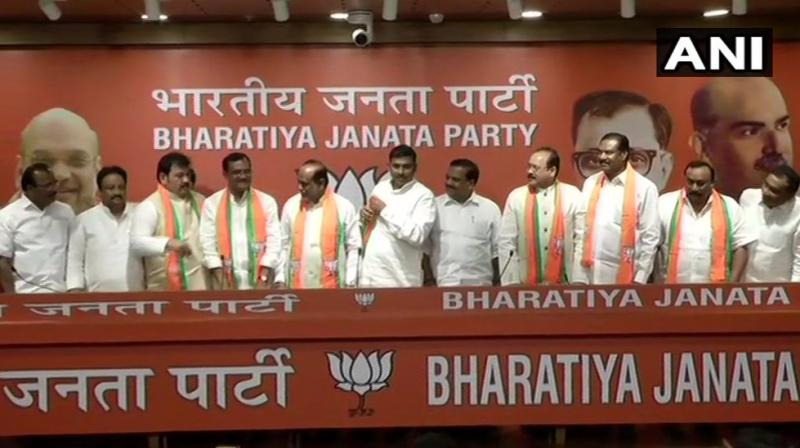 New Delhi: Several TDP and Congress leaders from Telangana joined the BJP on Thursday with the saffron party asserting that it has emerged as the main challenger to the state's ruling Telangana Rashtra Samithi (TRS).

Former ministers in undivided Andhra Pradesh -- E Peddi Reddy and Boda Janardhan-- and former MP Suresh Reddy are some of the Telugu Desam Party (TDP) leaders who joined the BJP at its headquarters here.

They were inducted into the saffron fold by BJP general secretary P Muralidhar Rao, who claimed that only his party is capable of "fighting the TRS' misrule" in Telangana.

The Congress is helping the TRS and people see the BJP as a stable party which avoids family and caste politics, he said. Chief Minister K Chandrashekar Rao-led TRS had won the assembly polls last year with the Congress emerging as the main opposition party.

However, the BJP put up a surprising show in the Lok Sabha elections this year, winning four of the state's 17 seats while the TRS and the Congress won 10 and three respectively. The BJP has been aggressively wooing leaders from the TDP and other parties in Andhra Pradesh and Telangana.