Ray submitted the notice on June 26 to raise the matter during zero hour on Thursday citing urgency. 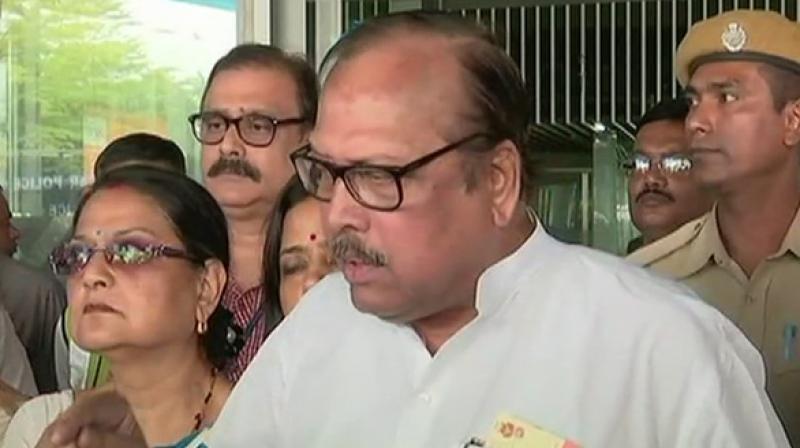 Ray further said that the name change will 'restore the actual identity of the people of Bengal'. (Photo: ANI)

Ray submitted the notice on June 26 to raise the matter during zero hour on Thursday citing urgency.

"After the partition of Bengal in 1947 following the Award passed by the Boundary Commission, commonly known Radcliffe Commission, the eastern districts of Bengal formed part of East Pakistan later emerged as independent country of Bangladesh, whereas the western part stretching from the Himalayas in the Northern region to the Bay Of Bengal in the South was named as West Bengal although there had been no geographical territory ever existed officially to be known as East Bengal," he stated.

The TMC MP urged the central government to give effect to the resolution passed by West Bengal Legislative Assembly to rename the state as 'Bangla'.

"The word BANGLA or the territory called Bangla is believed to have been derived from BANGA, a Dravidian tribe that settled in the region 1000 BCE. In July 2018, the West Bengal Legislative Assembly passed resolution in fulfillment of long standing demand of the people that West Bengal should be renamed as Bangla and it was since pending for consideration at the end of the Central Government," he said in the notice.

Ray further said that the name change will "restore the actual identity of the people of Bengal".

In August 2016, the West Bengal Assembly had passed a resolution for renaming the state as 'Bangla' in Bengali and 'Bengal' in English. However, the Central Government had turned down the state government's proposal.

Before that in 2011, the state government had sent a proposal to the Centre for renaming West Bengal as "Paschim Banga", but that too never got the green signal.

One of the main reasons given by West Bengal government for changing the name of the state was that whenever there was a meeting of all states, West Bengal came at the bottom of the list alphabetically.