In a dramatic twist, photos and posters of Narendra Modi and Amit Shah disappeared from Mr Roy’s residence at South Avenue 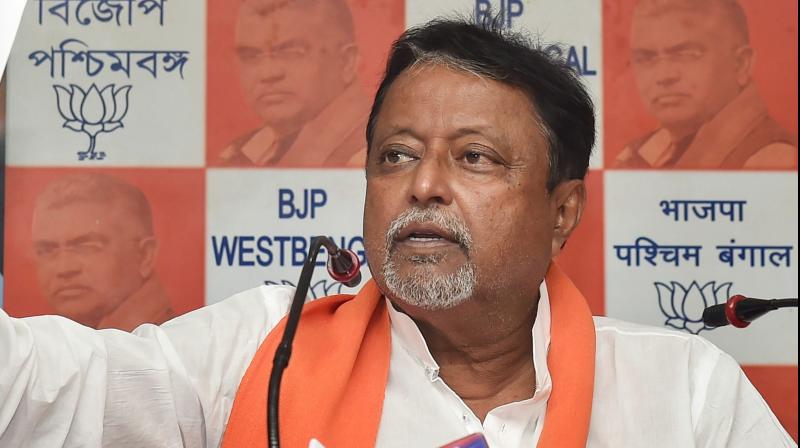 Mukul Roy rubbished speculation on his exit and return to the Trinamul Congress. (PTI Photo)

Kolkata: Within days of storming out of a crucial BJP meeting in New Delhi on the West Bengal Assembly polls and landing in Kolkata, Mukul Roy, BJP national executive committee member, rubbished speculation on his exit and return to the Trinamul Congress after he got a call from the top leadership to come back to the meeting.

On Sunday, Mr Roy said: “On Prime Minister Narendra Modi's direction, I never drifted away from the political arena. A recent misleading campaign about me joining another party hit me. I became tired of attending calls from people of different walks of life. I was, am and will be in the BJP. I supervised the BJP’s election responsibilities during the last panchayat and Lok Sabha polls. In return, I earned respect from the PM and Mr Shah when he was BJP chief. It’s not silly I got the same responsibilities this time.” It’s not clear if he will again fly to Delhi where the BJP’s week-long brainstorming meet began from July 22.

At the meeting held at a senior BJP leader’s residence that day, a difference in opinion about the number of seats to be won by the party, surfaced between Mr Roy and others, including state BJP chief Dilip Ghosh, sources claimed. Mr Roy not only left the meeting but was also not present at the next day’s session at Mr Ghosh’s residence.

In a dramatic twist, photos and posters of Narendra Modi and Amit Shah disappeared from Mr Roy’s residence at South Avenue.