'Truth has a way of coming out and cannot be ever suppressed. Jaitleyji, your Govt has left our economy to dire straits,' Surjewala said. 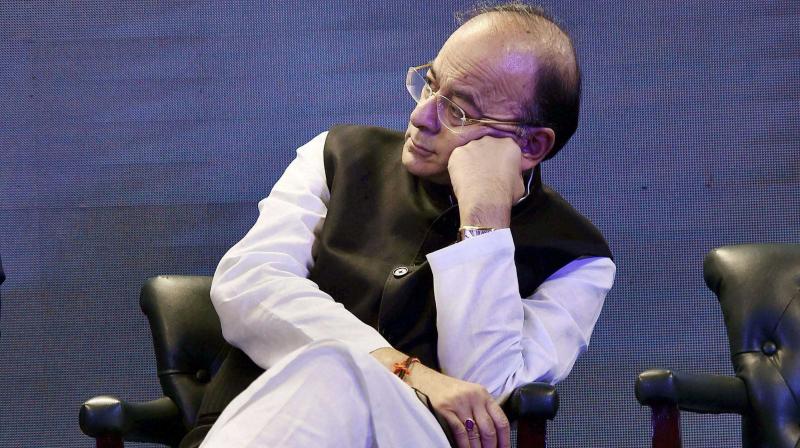 'No amount of white washing/blog writing can increase that!' Surjewala wrote, mentioning Arun Jaitley in the tweets. (Photo: File)

New Delhi: The Congress claimed on Sunday the "ad hoc" policies of the BJP-led government at the centre has put the Indian economy in "dire straits", and took a dig at Finance Minister Arun Jaitley, saying writing blogs cannot increase investment.

In a series of tweets, Congress spokesperson Randeep Singh Surjewala alleged the manner in which the Modi government has sought to "suppress 'back series'" of a report on the GDP and attempted to distort them, is now out in the open.

"Truth has a way of coming out and cannot be ever suppressed. Jaitleyji, your Govt has left our economy to dire straits ... investment is in doldrums," Surjewala said.

The GDP Back Series Report 2011 was made public earlier this month. According to the draft report, the economy recorded a 10.08 per cent growth rate in 2006-07 under then Prime Minister Manmohan Singh, the highest since liberalisation of the economy in 1991.

But in the past three years, it has remained constant at 28.5 per cent and has impacted growth, he said.

"No amount of white washing/blog writing can increase that!" Surjewala wrote, mentioning Arun Jaitley in the tweets.

He said Jaitley should know that the present government had inherited an economy that was on an upswing.

"But due to BJP's adhoc and myopic economic policies -demonetisation, flawed implementation of GST and 'tax terrorism'; that momentum was lost," he alleged.

He said the UPA-1 and UPA-2 delivered the highest decadal growth - 8.13 per cent at factor cost - since Independence.