The committee led by Secretary D D Singh stated that Ajit Jogi had been unsuccessful in proving his tribal status. 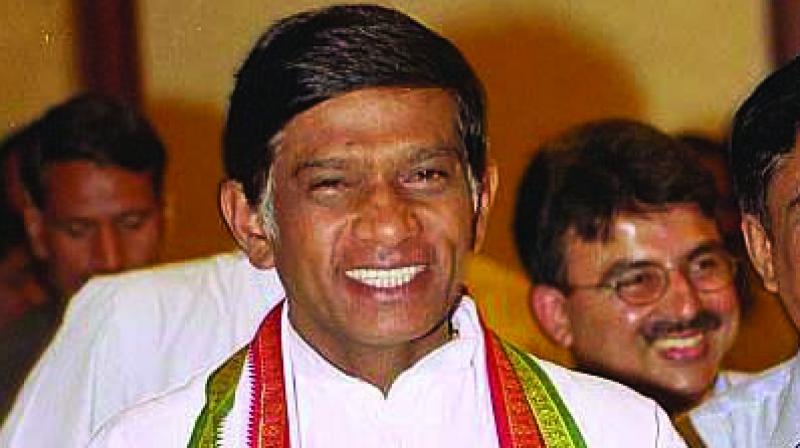 A DSP rank police officer has been asked to recover all tribal certificates from him. (Photo: File)

Raipur: Former Chattisgarh chief minister and current MLA Ajit Jogi may lose his tribal reserved Marwahi seat in the state assembly after a high-powered government committee held that he does not qualify as a Scheduled Tribe member.

The committee has ordered the revocation of his tribal certificates. Jogi has been fighting for two decades to prove his and his family's Scheduled Tribe status, The Indian Express reported.

The committee set-up by the state government on the direction of Chhattisgarh High Court in February 2018 submitted its report on August 21 this year.

The committee led by Secretary D D Singh stated that Ajit Jogi had been unsuccessful in proving his tribal status and asked the Bilaspur collector to take action under the Chhattisgarh Scheduled Caste, Scheduled Tribes and Other Backward Classes Rules, 2013.

A DSP rank police officer has been asked to recover all tribal certificates from him.

Jogi, who broke away from the Congress in 2016 and formed Janta Congress Chhattisgarh (JCCJ), blamed Chief Minister Bhupesh Baghel for the committee’s decision.

“Sonia Gandhi and Rahul Gandhi believe I am a tribal, but Chief Minister Bhupesh Baghel doesn’t. This was a committee run by Bhupesh Baghel which has listened to his word. My son Amit Jogi was held as a Kanwar in a court case, and I am not a tribal?” he asked.

The case dates back to 2001 when BJP tribal leader Nand Kumar Said challenged the tribal status of Ajit Jogi.

A high powered committee led by Reena Babasaheb Kangale submitted a report in 2017, stating that investigations found Jogi was not tribal .

Jogi appealed to the court against the ruling and alleged flouting of rules by the committee, following which the court directed to reconstitute the committee under Secretary D D Singh.

On the ruling, Ajit Jogi’s son Amit alleged that the committee has violated some rules.

According to him, the Supreme Court had mandated a seven-member committee – four of which were the same person holding different posts.

“This is a clear violation and shows the intent of the government. A vigilance team that went to my ancestral village returned with the finding that we are tribals, but the high-powered committee overruled this. We will challenge this. If we are not tribals, then the committee must answer, who are we? How is it that this was never raised when my father served as an IAS officer?” he had said.