Congress pet project Indira Canteens on the verge of closure

Siddaramaiah, who had launched the project, warned that he will protest vehemently if the canteens were closed. 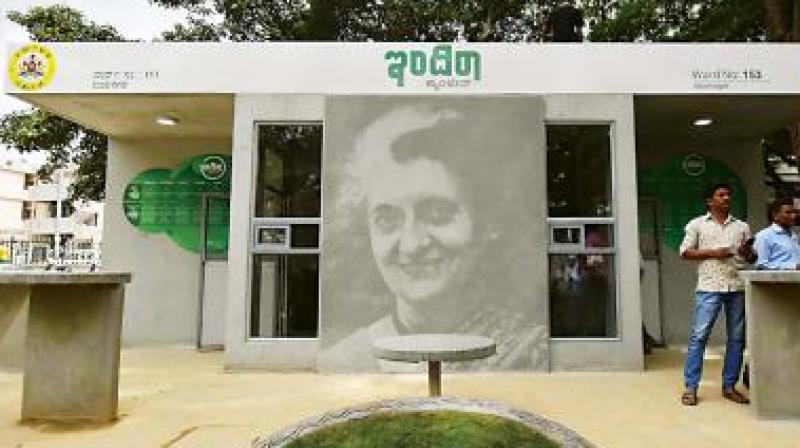 Siddaramaiah, who had launched the project, warned that he will protest vehemently if the canteens were closed. (Photo: File)

Bengaluru: Indira Canteens, the pet project of the previous Congress government to provide highly subsidised food to the urban poor, is on the verge of closure as neither the state government nor the Bengaluru corporation (BBMP) has made any budgetary allocations.

The Congress has been accusing the BJP of planning to shut down the Indira Canteens, named after former Prime Minister late Indira Gandhi, though chief minister B S Yediyurappa had repeatedly said none of the pro-poor schemes will ever be wound up.

Taking a cue from Amma Canteen in neighbouring Tamil Nadu, the Congress government had started the Indira Canteens in Bengaluru on August 15, 2018 ahead of 2018 assembly polls.

These canteens offered breakfast at Rs 5 and meals twice a day at Rs 10 per plate in the afternoon and night.

During the corporation council meeting on Tuesday, Bruhat Bengaluru Mahanagara Palike Commissioner N Manjunath Prasad explained to the corporators about the challenges to continue the scheme.

"In the present situation, neither the BBMP nor the state government has allocated budget. If nobody makes any budgetary provision, then there will be a situation to shut it down. Hence, you have to take a call on what to do next," Prasad said.

The threat of closure looms large over 173 Indira canteens and 18 mobile Indira Canteens in the city, where at least 14.47 crore people have had meals, corporation officials told PTI.

In 2017-18, the state government announced Rs 100 crore budget for the project and handed over the entire amount to the nodal agency, which was BBMP, Prasad said.

However, the BBMP had to incur an additional expenditure of Rs 24.37 crore to take up various infrastructure works around the Indira Canteens.

The next year, the government allocated Rs 145 crore for the canteens but released only Rs 115 crore whereas the expenditure was of Rs 137 crore, Prasad said, adding that the additional expenses were borne by the BBMP.

"In 2019-20, at the time of approval of the (BBMPs) budget in January, I wrote a detailed letter to the state government saying Indira Canteen was state governments scheme and thus they should reserve Rs 210 crore for this project.

Yet, they did not allocate any funds for Indira Canteen in its budget," Prasad told the council.

He said he wrote three letters from January to June this year but there was no response.

"On the one hand the state government did not reserve any funds for it while on the other, we did not include it in the Palike budget because it was not our scheme but of state government," Prasad explained.

Siddaramaiah, who had launched the project, warned that he will protest vehemently if the canteens were closed.

"The Indira Canteens are for the poor. I have no idea what decision they are going to take about them. If they do so, we will protest very strongly," Siddaramaiah told reporters at Belagavi.