The victim's mother said, 'I have mentioned the injury marks Iqbal bore on her body and asked police to consider it in the postmortem.' 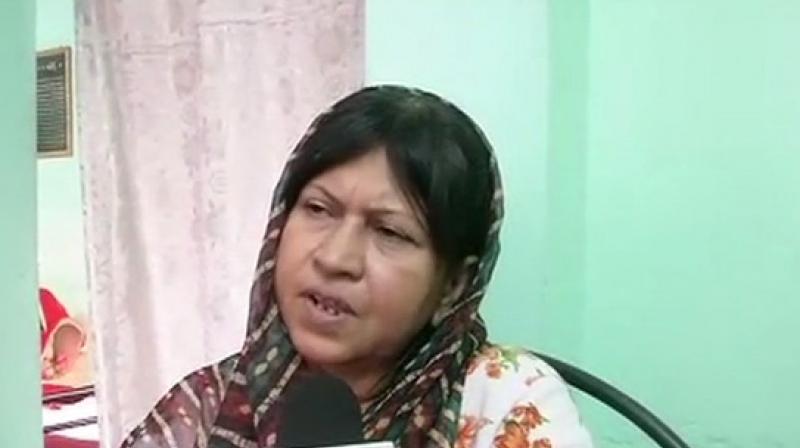 Khan said, "I have mentioned about the injury marks Iqbal bore on her body and asked police to consider it in the postmortem."

"All marks constitute suspicion regarding her death as such injuries are unlikely in a car accident," she added.

On police probing the case, Khan said, "Police is investigating the matter seriously."

She suffered severe head injuries and later died while undergoing treatment at a nearby private hospital.

Khan accused Iqbal's estranged husband Abdul Raheem and his parents of her death.

Talking about the incident, Khan had earlier said, "At midnight at about 2 am, Raheem forcibly took Iqbal with him. She wanted to take her son along but her husband refused and asked her to come alone. After she left with him, he finished everything within half an hour."

In November 2015, Iqbal embarked on a solo bike ride from through the length and breadth of the country on a Royal Enfield and covered 38,000 km.

A placard on her bike's rear read: "Solo ride across by a woman on bullet to raise awareness against suicide and depression. Suicide is not the solution."

She was pursuing Masters in Psychology and was also counselling people with depression.