India   All India  27 Oct 2017  Arrested journalist cries foul, says being framed as he has sex CD of C'garh minister
India, All India

Arrested journalist cries foul, says being framed as he has sex CD of C'garh minister

Vinod Verma was arrested by Chhattisgarh police from his residence in Ghaziabad on charges of extortion and blackmailing. 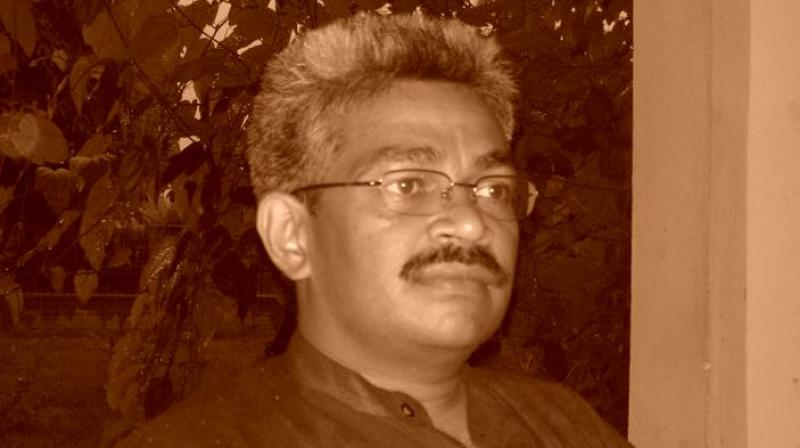 Senior Journalist Vinod Verma, who is also a member of Editors Guild of India, has worked as Digital Editor at Amar Ujala and was also associated with the BBC. (Photo: Facebook/Vinod Verma)

Ghaziabad: The Chhattisgarh Police on Friday arrested senior journalist Vinod Verma from his residence in Ghaziabad near Delhi on charges of extortion and blackmailing.

After arrest, Verma was taken to a police station in Ghaziabad, where he was quizzed for several hours.

Verma, who earlier worked with BBC Hindi service, was picked at 3:30 am from Mahagun Mansion Apartments, Vaibhav Khand, Indirapuram by a team of Chhattisgarh Police with the help of Ghaziabad police, Senior Superintendent of Police (SSP) HN Singh said.

A case of blackmail and extortion has been registered against Verma at Pandri Police Station in Raipur district of Chhattisgarh, he said.

"I have a sex CD of a Chhattisgarh Minister, he is Rajesh Munat and that is why Chhattisgarh government is not happy with me," Verma told the police.

"I just have a pen drive, have nothing to do with CD. Clearly, I am being framed," he added.

Meanwhile, Singh said: "A huge quantity of CDs have been seized from the journalist's house. We are scrutinising the material to check whether there is any link to sex scandal involving higher-ups."

Verma is also a member of the Editors Guild of India and has worked as Digital Editor at Amar Ujala.