Chavan, who spent 113 days in Pakistan’s captivity, can appeal against his sentence awarded by an army court 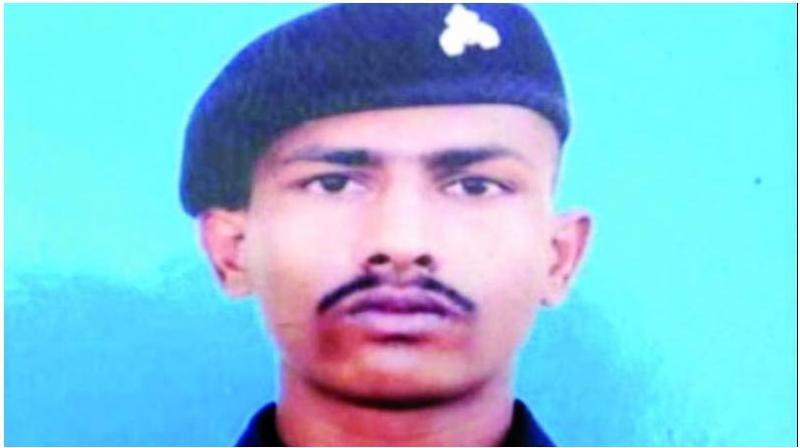 New Delhi: An Indian soldier who had 'inadvertently strayed' over to Pakistan on September 29, 2016 after crossing the Line of Control at the Krishna Ghati sector in Jammu and Kashmir has been found guilty of desertion by an Army court. The soldier, Chandu Babulal Chavan from Maharashtra's Dhule district-was handed over to the Indian authorities on January 21 after spending 113 days in Pakistan's captivity.

An Army source stated that Mr Chavan has pleaded guilty. “The sentence awarded by the General Court Martial is yet to be confirmed by the appropriate authority. Further comments cannot be offered as the matter was sub judice,” the source said.

Mr Chavan can appeal against his sentence. The incident snowballed into a big controversy as it took place at around the same time that the surgical strikes by Indian Special Forces were taking place across the LoC. The government had then taken up the matter with Pakistani military authorities through the existing Hotline and scheduled DGMO level talks and also diplomatically through the Indian High Commission in Pakistan and Ministry of External Affairs.

Mr Chavan, a sepoy posted with the 37 Rashtriya Rifles at Mendhar along the LoC, was allegedly captured by Pakistan army authorities after he had crossed over to the other side of the Line of Control on September 29 last year following which Pakistan had been informed by the DGMO on the hotline. Incidentally, Chavan hails from Minister of State for Defence Subhash Bhamre's Lok Sabha constituency.