A day after he was reportedly kidnapped in Raipur in Chhattisgarh, Bodhram surfaced in district headquarters of Sukma in south Bastar on Friday. 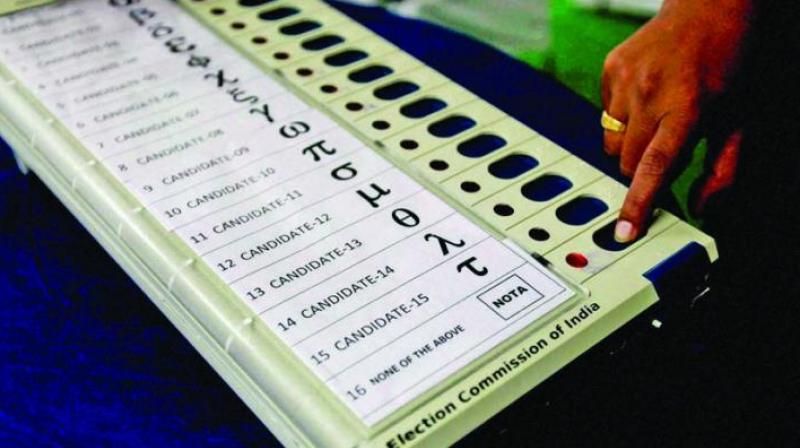 Bhopal: The “abduction” of Bahujan Samaj Party (BSP) candidate Bodhram Katami, who is seeking election from Konta (ST) Assembly constituency in Chhattisgarh’s insurgency-hit Bastar in the November polls, by unidentified people on Thursday has unraveled the bizarre “voting trend” in the tribal-dominated region.

A day after he was reportedly kidnapped in Raipur in Chhattisgarh, Bodhram surfaced in district headquarters of Sukma in south Bastar on Friday. He was spotted in the office of Sukma district election officer (DEO). “I have submitted an application to the DEO requesting to change my name”, the tribal leader told the local media.

Official sources said Mr Katami wanted his name, Bodhram Katami, mentioned in his nomination form, to be changed to Katami Bodhram. Mr Katami however refused to say if he was at all abducted and if so, who were behind his kidnapping.

CPI candidate from Konta Manish Kunjam who had once represented the constituency, however claimed that Mr Katami was being forced to change his name to “favour” the Congress candidate Kawasi Lakhma. “Mr Katami was being pressurised to change his name to ensure that his name does not figure at the top of list of candidates in the EVM. Many tribals usually press the button alongside the name who figures at the top. A sizeable number of votes go to the candidate who figures at the top in the EVM, by default,” he claimed.