The cops had demanded money from the driver of the cab, which was not registered in Uttar Pradesh, for entry in Noida in name of 'UP taxi'. 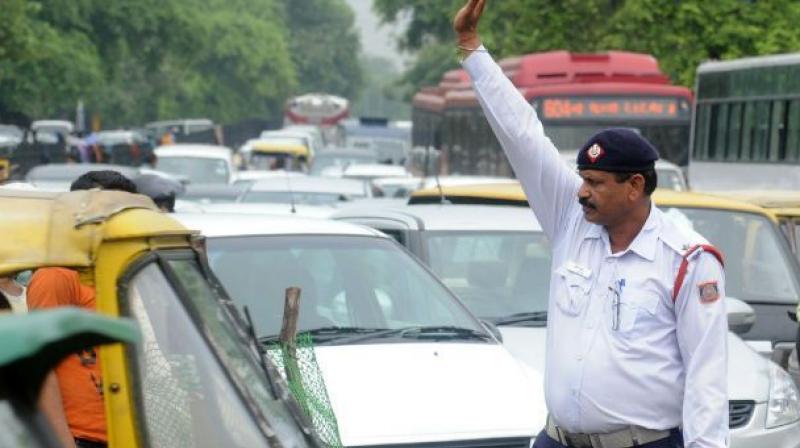 The action came a day after a video surfaced on social media in which the two traffic officials were purportedly seen demanding money from the cab driver.

"Taking cognisance of the video, Senior Superintendent of Police Ajay Pal Sharma has ordered the suspension of head constables Ramveer and Dharamveer," a police spokesperson said in a brief statement.

The constables had allegedly demanded some money from the driver of the cab, which was not registered in Uttar Pradesh, for entry in Gautam Buddh Nagar's Noida in the name of "UP taxi".

The incident had taken place near the Botanical Garden Metro station, when the driver started filming the episode in which he is purportedly accusing the traffic policemen of illegally demanding money despite having all requisite papers of the vehicle.