According to a prison official, Ajay has been granted a two-week furlough and it will start from the day he steps out of the jail premises. 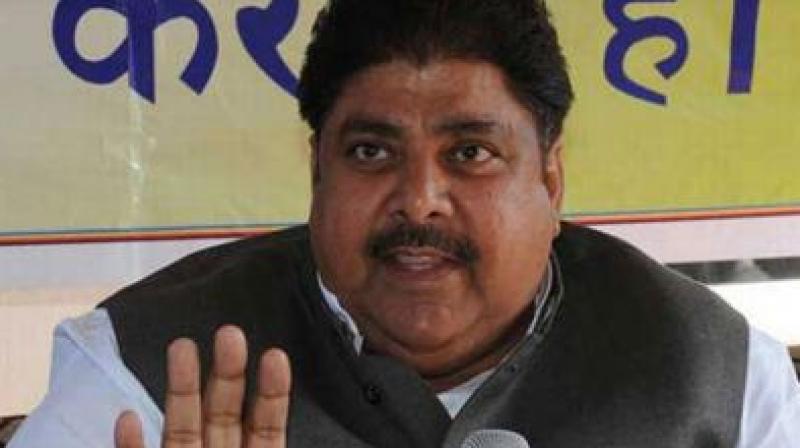 New Delhi: A day after Dushyant Chautala extended support to the Bharatiya Janata Party (BJP), in addition to bagging the coveted post of deputy chief minister of Haryana, his father, Ajay Chautala, has been granted a furlough for a period of 14 days.

Ajay was lodged in Tihar jail after he was convicted in a teacher recruitment scam along with his father and former chief minister Om Prakash Chautala. After being expelled from the Indian National Lok Dal (INLD) in 2018, Dushyant Chautala along with his father Ajay Chautala founded Jannayak Janata Party (JJP).

The development comes a day after the BJP staked claim to form the government in Haryana after Dushyant’s JJP offered support to the saffron party, which fell short of a majority in the Assembly polls.

Dushyant, who met his father shortly before meeting his 10 legislators on Friday, to decide on supporting the BJP, will take oath as the deputy chief minister of the Manohar Lal Khattar-led government on Sunday.

Ajay is scheduled to leave the Tihar jail on Sunday. According to a prison official, Ajay has been granted a two-week furlough and it will start from the day he steps out of the jail premises.

In 2013, Ajay, his father and 53 others, including two IAS officers, were convicted for corruption in a teachers’ recruitment scam and other charges.

After being expelled from INLD in 2018, Dushyant along with his father Ajay founded JJP. Haryana governor Satyadeo Narain Arya invited the BJP on Saturday to form the government after the saffron party staked a claim with the support of the JJP.

Chief minister-elect Manohar Lal Khattar said Dushyant would take oath as his deputy and the oath-taking ceremony will take place at 2.15 pm on Sunday.