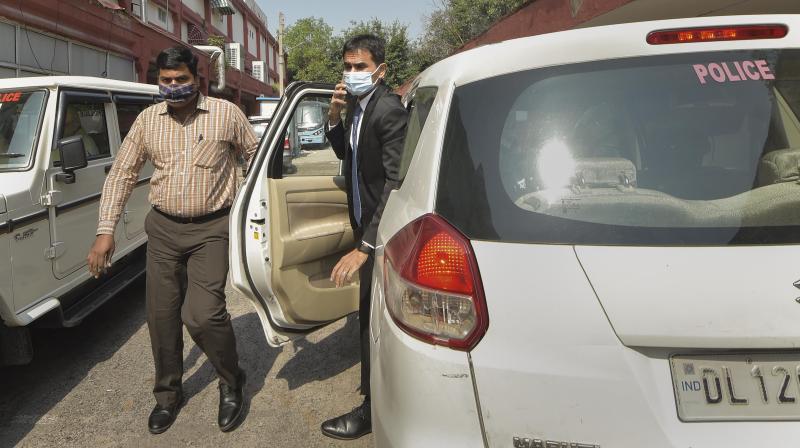 The NCP leader also posted a screenshot of the 'Nikah Nama' of Wankhede with his first wife Dr Shabana Qureshi.

"Photo of sweet couple Sameer Dawood Wankhede and Dr Shabana Qureshi" Malik said in a tweet along with a photograph.

In a subsequent tweet, the minister said, "Presenting shortly the 'Nikah Nama' of the first marriage of 'Sameer Dawood Wankhede'."

This follows a day after Malik shared a letter he had received apparently from an NCB official that claimed that Wankhede had violated rules and framed people in false cases to extort money.

He had shared the birth certificate of Wankhede on Twitter saying "Sameer Dawood Wankhede's fraud started from here." Following this Wankhede said he will fight Malik legally.

Wankhede had previously said that all the allegations are false and that he was being targeted and is ready for a probe into allegations against him.

NCB on Tuesday also denied to probe the anonymous letter received by
Malik which he forwarded to NCB Director General SN Pradhan.

NCB said that "no action" will be taken as per the guidelines of the Central Vigilance Commission. "No action will be initiated on the anonymous letter (containing allegations against NCB Mumbai Zonal Director Sameer Wankhede) forwarded by Maharashtra Minister and NCP leader Nawab Malik to Director General of NCB as per guidelines of Central Vigilance Commission," said the probe agency.