Although the couple said the help had committed suicide, her parents and other domestic helps in the housing society alleged it was murder. 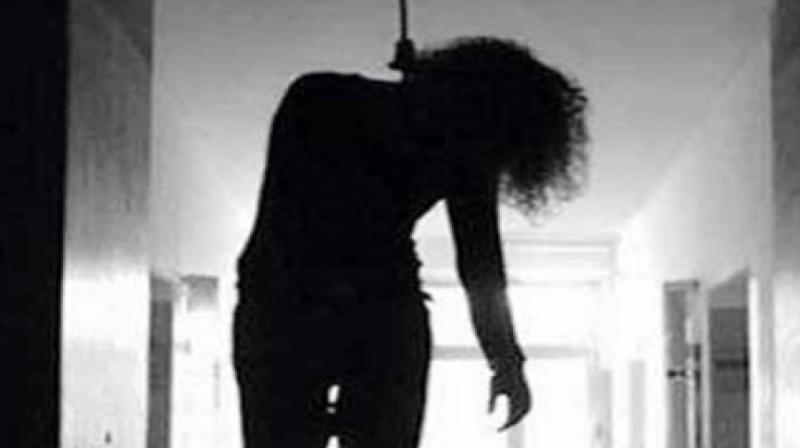 The couple claimed they had gone out last evening and when they returned home, they found the domestic help hanging from the ceiling fan in a room. (Photo: File/Representational)

Greater Noida: The body of a 19-year-old domestic help was found hanging at a doctor couple's residence in the AWHO society here, police said on Monday.

The incident came to light on Sunday night.

The doctor couple said the domestic help committed suicide, but her parents alleged she was killed, they said.

Other domestic helps in the housing society protested the incident for about an hour today.

They alleged the teenager was sexually abused and killed when she objected.

The doctor couple hung her body to make it look like a suicide, they alleged.

SP (Rural) Suniti Singh said, "On the basis of a complaint filed by the woman's parents, the couple has been booked on murder charge. A probe is on."

Brigadier (retd) YP Goyal, president of the resident welfare association of the Army Welfare Housing Organisation - Gurjinder Vihar claimed it was a "suicide and not murder".

The couple claimed they had gone out on Sunday evening and when they returned home, they found the body of the domestic help hanging from the ceiling fan in a room.

Police were informed and the body was taken to the Yatharth hospital, they said.