Rizvi has been a staunch supporter of Ram temple and his film underlines that fact that the Ram temple should be built on the disputed site. 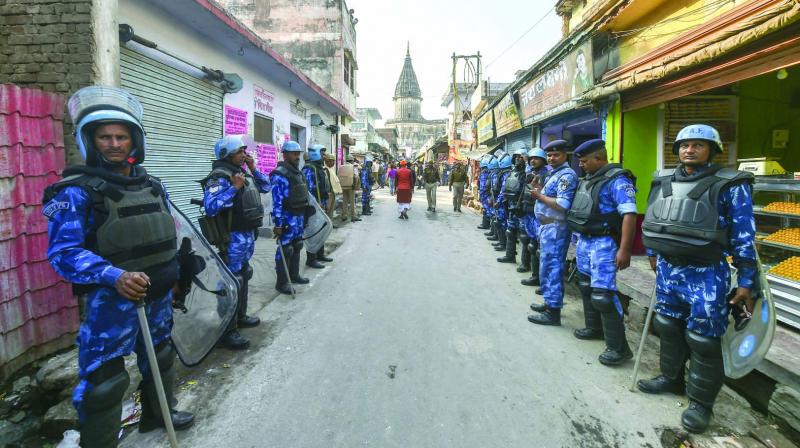 Tight security arrangements near Hanumanghari amid ‘dharam sabha’, being organised by the Vishwa Hindu Parishad to push for the construction of the Ram temple, in Ayodhya on Sunday. (Photo: PTI)

Lucknow: Syed Waseem Rizvi, chairman of the Shia Waqf Board, late on Sunday night, allegedly received a death threat from the underworld for making a film on ‘Ram Janambhoomi’.

Mr Rizvi who has lodged a FIR in this regard, told reporters that the caller claimed he was Abdul Memon, a brother of wanted gangster Tiger Memon.

Mr Rizvi has been a staunch supporter of Ram temple and his film underlines that fact that the Ram temple should be built on the disputed site. “A mosque cannot be built at the site where a temple existed. Ayodhya belongs to Lord Ram and we should step back and allow temple construction,” he stated.

Mr Rizvi’s film Ram Janambhoomi begins with the firing on ‘kar sevaks’ in November 1990 and chronicles the Ayodhya movement after that. He made it clear that the intention of his film was not to hurt any community. The film is scheduled for a January release.