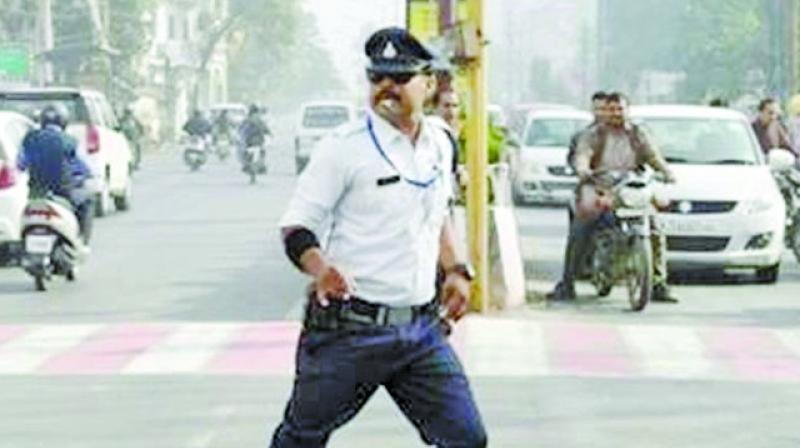 Bhopal: The Indore cop who became an online sensation almost overnight for managing traffic with moonwalk-style dance has incurred wrath of his fans for assaulting an auto driver in the city.

Ranjit Singh called ‘Singham cop’ for adopting the unique way of regulating busy traffic in Indore has been trolled on social media for thrashing the auto driver in public.

“Singham turns into chewing gum” one of his social media followers commented to demonstrate his disapproval for the cop’s ‘unwarranted’ actions.

The cop kicked and slapped the auto driver in Indore city on Monday for allegedly entering no entry zone at an intersection.

The video showing his brutality went viral on Tuesday, leading auto drivers in the city to stage a demonstration before the office of local superintendent of police demanding his suspension.

Police sources said the cop explained to his higher authorities that the auto driver tried to run over him after he was stopped by him.