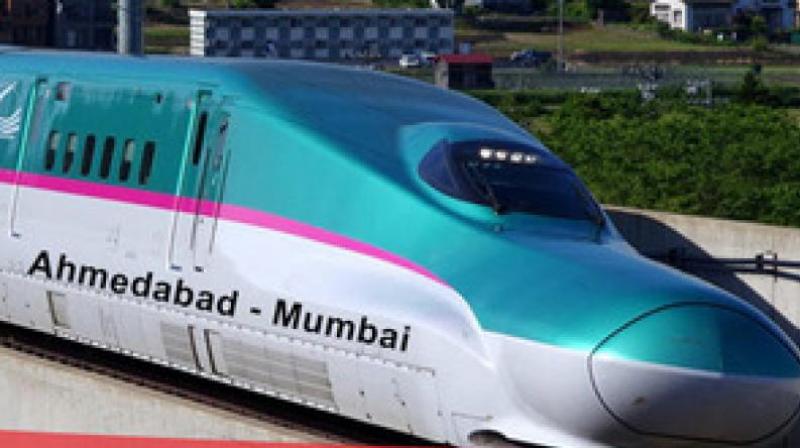 Mumbai: A Shiv Sena leader said on Wednesday that Mumbai-Ahmedabad Bullet train -- a pet project of Prime Minister Narendra Modi -- was not a priority for his party which would be heading the new government in Maharashtra.

Speaking to a news channel, when asked about the project, Kesarkar said, "If you have to spend Rs 3,500 (estimated cost of the Bullet train ticket) for journey from Ahmedabad to Mumbai, (then) there is an option of flight.

"It was okay when Gujarat and Maharashtra were one state and Mumbai was the capital. You needed that connectivity. I can't say if this is needed in present times. We are not opposing anything, but our first priority is farmers," he said.

"Farmers, workers, women, youth are the focus of the Common Minimum Programme of the Maha Vikas Aghadi. An attempt was made to murder democracy and the Supreme court gave us justice," Kesarkar said, referring to political developments of the last few days.

The Sena, NCP and Congress formed Maha Vikas Aghadi to form government in Maharashtra after the Uddhav Thackeray-led party fell out with its ally BJP.

Asked whether NCP chief Sharad Pawar or Thackeray would hold the "remote control" of the government, Kesarkar said Pawar would provide guidance to ensure that the government is united and works for the people.

The Bullet train is expected to cover the Mumbai- Ahmedabad distance in three hours. The Japan International Cooperation Agency has agreed to fund 81 per cent of the total cost.

The remaining cost is to be borne by the Maharashtra and Gujarat governments. The BJP-led Maharashtra government had committed to a capital expenditure of Rs 5,000 crore for the project.

Around 150 km of the railway line is to be built in Maharashtra. Land acquisition for the project is underway.