India   All India  27 Dec 2019  Internet suspended in 21 UP districts, security beefed up over CAA protest
India, All India

Internet suspended in 21 UP districts, security beefed up over CAA protest

The state police chief said that people involved in violent protests will not be spared. 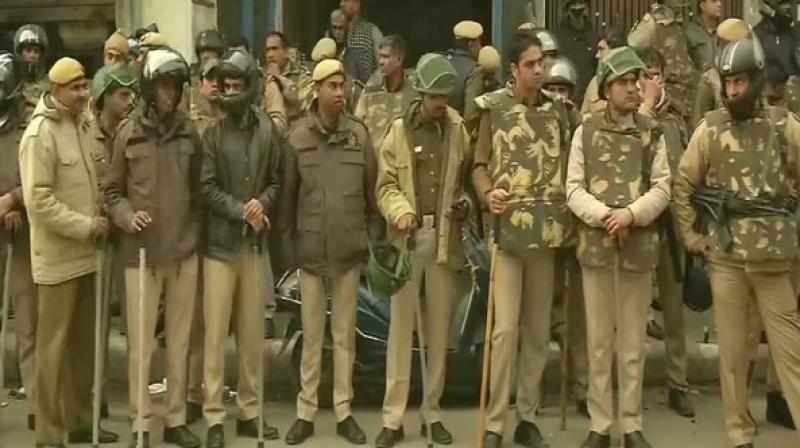 Internet services have been suspended in 21 districts and security has been tightened as part of measures adopted to prevent any untoward incident in the state on Friday. (Photo: ANI)

Lucknow: Internet services have been suspended in 21 districts and security has been tightened as part of measures adopted to prevent any untoward incident in the state on Friday.

Apart from internet suspension which is aimed at checking rumours, the police have also made strategic deployment in sensitive areas, according to state DGP OP Singh.

"We have suspended internet services in 21 districts. They will be restored as and when the situation demands," Singh told ANI, adding that "law and order situation is absolutely under control".

He also stated that the state continues to have a strategic deployment of forces.

The state police chief said that people involved in violent protests will not be spared. "We are not touching innocents and we will not spare people who were involved in it (violence). And that is the reason we have arrested active members of many organisations, whether it is PFI or any other political parties," he said.

On Thursday, Singh ordered a Special Investigation Team (SIT) inquiry in the incidences of violence that broke out during the anti-Citizenship Amendment Act (CAA) protests in the state.

Over 1,110 people have been arrested and 5,558 were taken into preventive custody in connection with violence during the anti-CAA protests across the state in which 19 people have lost their lives.

Over 327 FIRs have been registered in connection with the violent protests. At least 288 policemen were injured and 61 of them had received bullet injuries during the protests, the police have said.

The police is also monitoring social media to check the spread of misinformation and have taken action against many rumour-mongers.

Protests erupted in several parts of the country, including Uttar Pradesh, over the CAA, which grants citizenship to Hindus, Sikhs, Jains, Parsis, Buddhists, and Christians fleeing religious persecution from Pakistan, Afghanistan, and Bangladesh who came to India on or before December 31, 2014.