The Karni Sena claims that Padmini was a proud queen known for taking her own life rather than submit to Alauddin Khilji. 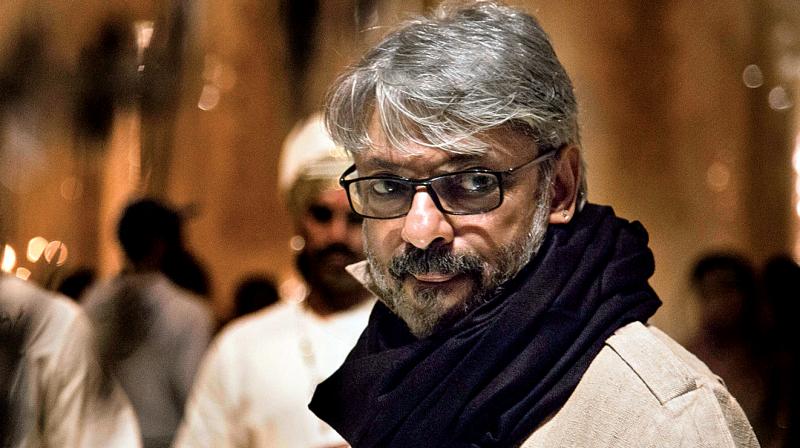 Jaipur: Passionately defending its action of vandalising the sets of upcoming Indian period drama 'Padmavati' and assaulting its director Sanjay Leela Bhansali, the Rajput Karni Sena on Saturday warned that they will not let the history of their ancestors be tarnished, adding that they would defend their Rajput lineage from ignominy.

In a shocking development, the protestors manhandled the ace director yesterday in broad daylight and alleged that the film has love scenes between Queen Padmini and ruler Alauddin Khilji, played by actors Deepika Padukone and Ranveer Singh.

Speaking to ANI in Jaipur, founder patron of the fringe group Lokendra Singh Kalvi asserted that if history and traditions are not respected then nothing but doom awaits them.

The Karni Sena claims that Padmini was a proud queen known for taking her own life rather than submit to Alauddin Khilji, the emperor who attacked the Chittorgarh Fort.

"Does Bhansali have the nerve to go to Germany and make a fiction film against Hitler? Even when Jodha Akbar was being made I had raised objections as one cannot insult our blood-spattered history," Kalvi added.

He further alleged that the shooting was being carried out without permission, adding that the Sena would not allow 'obscenities' on the land of Rajputs against its own ancestral icons.

Meanwhile, condemning the attack on Bhansali, Rajasthan Home Minister Gulab Singh Kataria said that flouting the law to express anger is not called for, adding that probe would be initiated in the matter.

"In such case, anger is instinctive but it shouldn't be done outside the purview of law. One cannot express anger by breaking the laws. They could have filed a police complaint instead of taking law in their hands," Kataria told ANI.

Twitter is abuzz with the comments and reactions of various Bollywood celebrities, including Hrithik Roshan, Karan Johar, Sonam Kapoor to support the 'Padmavati' director.

Favouring Bhansali, the 'Kabil' actor took to Twitter and said, "Mr. Bhansali , Sir. I stand with you. This is so infuriating!!!!"

Coming out in defence of the ace filmmaker, Johar tweeted, "Am appalled at what has happened with Sanjay Bhansali..this is the time for all us as an industry to stand by our people and fraternity!!"

"Having been through many instances of turmoil during a film shoot or release.i understand Sanjay's emotion at this point. I stand by him," he added.