Karni Sena had declared that Prasoon Joshi would not be allowed to enter the city. 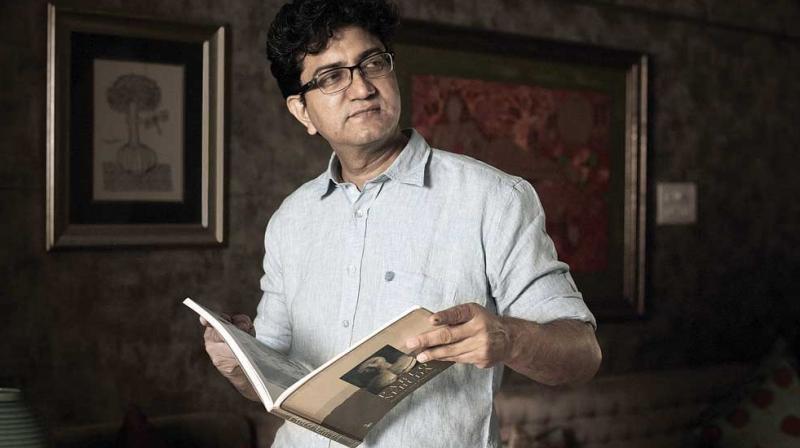 Jaipur: Confirming rumours in the wake of Karni Sena’s threats, CBFC chairman Prasoon Joshi has cancelled his scheduled trip to Jaipur on Sunday. Joshi was to attend Jaipur Literature Festival. A regular face at the JLF, he was scheduled to take part in the session ‘Main aur Woh: Conversations with Myself’ on January 28, the penultimate day of the five-day event.

However, JLF organiser released a statement on Saturday morning by Joshi in which he informed about his decision not to attend the festival to spare organisers, fellow writers and participants any discomfort.

“Will not be attending JLF this year and must say will miss sharing great moments with literature and poetry lovers. I am doing this so that the dignity of the event does not get compromised or discomfort caused either to the organisers, fellow writers or the attendees. And also so that the lovers of literature get to focus on creativity and not controversy.”

Joshi regretted violent protests saying, “It’s sad that we are not relying on genuine peaceful dialogue. It’s important that we keep mutual trust and faith in each other and our institutions so that the issues don’t reach this far.”

On CBFC clearance to Padmaavat, he said, “Speaking of the issue around the film Padmaavat—I did my job and sincerely took a sensitive and balanced call. As I have said earlier, certification was done with due processes, incorporating valid suggestions whilst staying mindful to the concerns of the society as well as to the canvas of cinema.”

Karni Sena had declared that Prasoon Joshi would not be allowed to enter the city and if he did, he would be given the same treatment as Sanjay Leela Bhansali got.

Speaking to media a day before the official release of Padmaavat, Kalvi said, “It would be better for Prasoon not to enter Jaipur. He has been a failure as CBFC chairperson. If he dares to enter Pink City, he will get the worst treatment ever.”