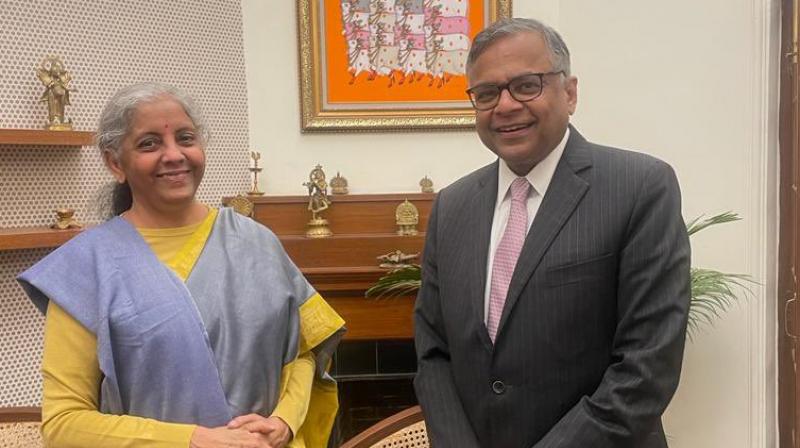 The cash component of the deal came as soon as the handover process was completed, as per the terms of the agreement.

Confirming the development, Tuhin Kant Pan-dey, secretary, department of investment and public asset management (Dipam) told the media, “The formalities have been completed. The Air India disinvestment process is closed. The shares have been transferred to Talace Pvt Ltd, which is the new owner of Air India.”

On an emotional note, Ratan Tata, Tata Group’s Chairman Emeritus said that Air India under the leadership of J.R.D. Tata had, at one time, gained the reputation of being one of the most prestigious airlines in the world. “Tata will have the opportunity of regaining the image and reputation it enjoyed in earlier years. Mr JRD Tata would have been overjoyed if he was in our midst today,” Ratan Tata said after the handing over of the airline.

Tata Group founder J.R.D. Tata had launched the airline in 1932 as the nation’s first carrier, flying mail between Karachi in then-undivided, British-ruled India and Bombay. It was nationalised in 1953.

The Tata Group has planned several changes in the airline services. As per sources, maximum emphasis will be given to ensure that Air India aircraft fly on time. “Besides, it will give top priority to improve the quality of food and treat every passenger as a guest," the source said.

“The entire nation’s eyes are on the Tata Group and Air India waiting to see what they will achieve together,” Tata Sons Chairman Natarajan Chandrasekaran told the carrier's employees in his first communique after taking over the airline. He expressed confidence that the golden age of Air India lies ahead.

The government had in October last year, inked the share purchase agreement with the Tata Group for the sale of a national carrier for Rs 18,000 crore. The group would pay Rs 2,700 crore cash and take over Rs 15,300 crore of the airline’s debt. The transaction was to be completed by December 2021, but the deadline was extended till January owing to the longer-than-expected time taken to complete procedural work.

Tata Sons chairman Chandrasekaran called on Prime Minister Narendra Modi on Thursday ahead of the official handover. Later, Chandrasekaran visited the Air India headquarters. “We are very happy to have Air India back in the Tata group. We look forward to working with everyone in creating a world-class airline,” Chandrasekaran said.

Union minister Jyotiraditya Scindia said that it was noteworthy that the disinvestment process of Air India has been brought to a successful conclusion in a time-bound manner. “This proves the government’s ability and the resolve to carry out disinvestment effectively in non-strategic sectors in the future,” he said.