He, however, disagreed with Gurmehar's assertion that Pakistan did not kill her father but war killed him. 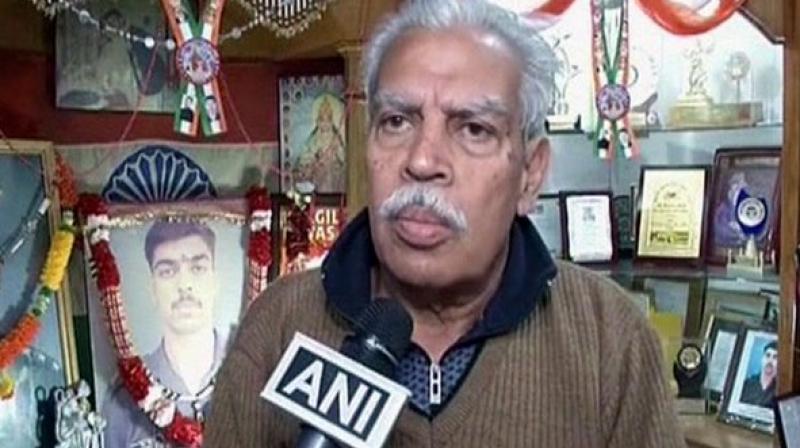 Palampur: In the wake of the ongoing controversy over Delhi University student Gurmehar Kaur, who alleged rape threats over her social media campaign against the student group ABVP, Kargil war hero martyr Captain Saurabh Kalia's father NN Kalia on Tuesday said the honour and dignity of women is paramount, adding the culprits must be punished.

"Women's honour and dignity of any caste, creed or religion is of paramount importance and Gurmehar Kaur has alleged threats of rape attempts. Anyone who attempts such heinous crime must be punished under the existing law," he said.

He, however, disagreed with Gurmehar's assertion that Pakistan did not kill her father but war killed him.

"It would have been a dishonour and insult to her father' sacrifice for India and for all other martyrs by saying that they are not killed by Pakistan but by war. And I absolutely defer and disagree with this statement of her," he said.

Meanwhile, Gurmehar has pulled out of a march today against campus violence. In a series of tweets, she has appealed to others to join the "Save DU" march at the Delhi University campus by students and teachers in huge numbers.

The 20-year-old was given police protection yesterday after she was trolled with tweets threatening rape over her Facebook post against ABVP.

Violence erupted last week after the ABVP students allegedly manhandled and thrashed students protesting the cancellation of an event at Ramjas College at which controversial JNU student Umar Khalid was scheduled to speak.