Life term for Simi ex-chief, 10 others

They were arrested for 2008 Ahmedabad blasts that claimed 57 lives. 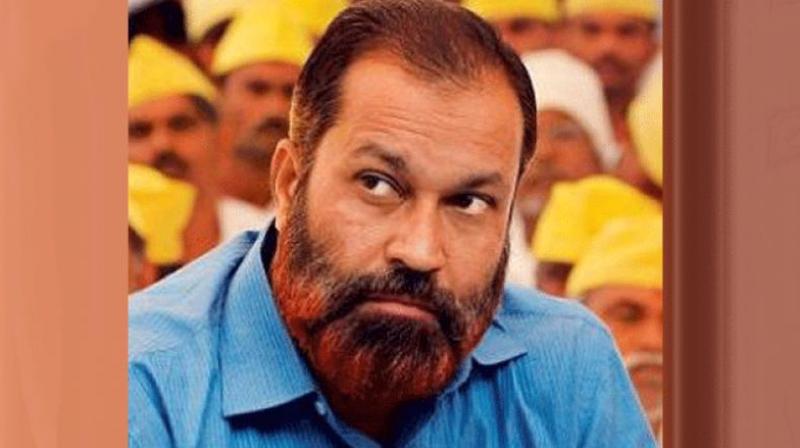 Bhopal: A special Central Bureau of Investigation court in Indore Monday sentenced 11 suspected Students Islamic Movement of India operatives, including the former head of the banned outfit, Safdar Nagori, to life imprisonment for sedition and involvement in terror activities.

The special CBI court convicted all the 11 accused of sedition and other charges slapped against them, and sentenced them to life imprisonment, public prosecutor V.K. Mishra told reporters.

Ten of them have been lodged in Sabarmati jail in Gujarat in connection with the 2008 Ahmedabad serial blasts that killed 57 people. They have been connected to the court proceedings through video conferencing.

The other accused, Munroz, granted bail by the Supreme Court earlier in the case, was present in court when the judgement was delivered. He was arrested following his conviction by the court.

Mr Munroz, a medical student from Karnataka, broke down on hearing the judgement. “I am being framed,” he said while being taken into police custody. All the 11 Simi activists were arrested in a police raid in a flat in Saniogitaganj, Indore, on March 27, 2008.

Those convicted by the special Central Bureau of Investigation court for sedition, and other charges such as possession of illegal arms and ammunitions and explosives, and plotting terror activities were Mr Munroz, Safdar Nagori and his brother Kammruddin Nagori, Amil Parvez, Hafiz Hussein Peedival Sibli, Peedical Saduli, Ansar, Kamran, Ahmed Baig, and Mohmmad Yasin.

Police recovered 120 gelatin sticks, 100 detonators, 240 pamphlets of banned literature, and a large number of video compact discs from them during the raid. The pamphlets also contained anti-India propaganda and talked about launching a holy war against India, according to the police.

During the last hearing in the case, the accused had appealed to the court that they should not be brought to Indore during the pronouncement of the judgement and that they should be informed about the order through video-conferencing facility.

Their plea was accepted by the court. On 25 April 1977, Simi was founded in Aligarh with Mohammad Ahmadullah Siddiqi as its founding president. It emerged as a student wing of the Jamaat-e-Islami Hind to revitalise the Students Islamic Organisation formed in established in 1956.