A medical examination conducted at a district hospital confirmed that the girl was sexually assaulted. 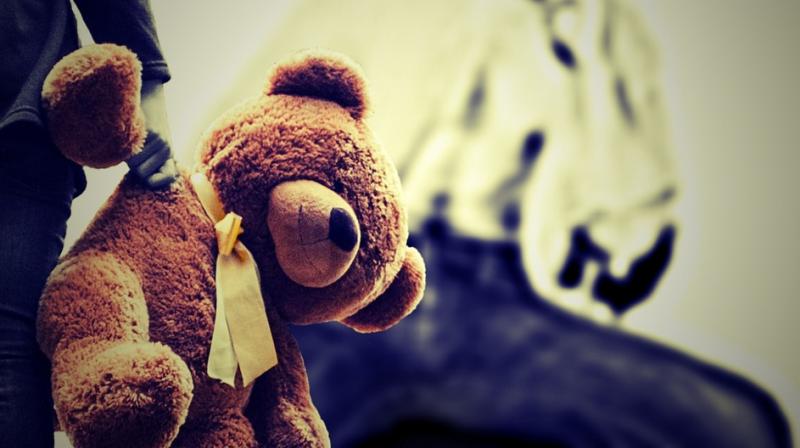 Police said the crime took place around 4 pm on Monday when both the teenager and the girl were alone at home. (Photo: Pixabay/Representational)

Noida: A 14-year-old boy has been apprehended for allegedly raping a four-year-old girl in Gautam Buddha Nagar district’s Sarfabad village on Monday. The accused, who studies in class VII, was produced before the Juvenile Justice Board on Tuesday, which sent him to a remand home in Phase II.

According to a report in The Times of India, police said the crime took place around 4 pm on Monday when both the teenager and the girl were alone at home. Seeing the girl alone, the boy lured her with toffees to his house and then sexually assaulted her.

Police further said, “Both live in rented accommodations in the same locality in Sarfabad. Their parents are daily wage labourers and they had gone to work.”

Though the girl returned home on her own in the evening, she complained of pain in her private parts when her mother came back from work. After being coaxed by her mother, she eventually narrated her ordeal to her parents who then informed the police.

A medical examination conducted at a district hospital confirmed that the girl was sexually assaulted. Subsequently, the boy was picked up.

“The parents of both the children are migrant labourers,” Uday Ram, a Sarfabad resident, said.

Sector 49 SHO Pankaj Pant said the boy was at home as he had not gone to his school in Sarfabad on Monday. “After getting information, we sent the girl for medical examination which confirmed carnal intercourse. The child is in pain but out of danger,” he added.

A case has been lodged against the boy under Sections 377 (unnatural offences) of IPC and Section 3/4 of the Protection of Children from Sexual Offences Act (POCSO).

“He has been sent to a remand home,” Pant said.