AgustaWestland said it will pursue the remedy available under the law by filing a civil suit in India. 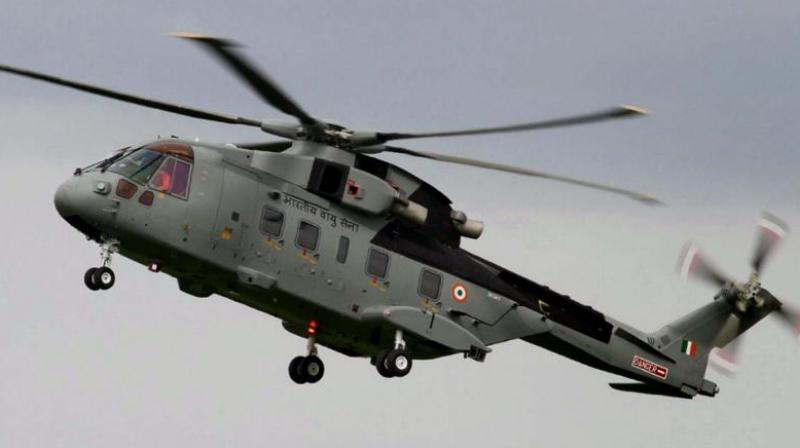 AgustaWestland had invoked the arbitration clause in the contract for supplying 12 VVIP choppers to the Indian Air Force after the deal was scrapped in 2014. (Photo: Representational Image/PTI)

New Delhi: Anglo-Italian firm AgustaWestland on Thursday told the Delhi High Court it will withdraw arbitration proceedings which were initiated by it following the scrapping of contracts to supply 12 VVIP choppers to the Indian Air Force.

The firm also said it will pursue the remedy available under the law by filing a civil suit in India.

Justice Prathiba M Singh was hearing a petition by the central government seeking to restrain AgustaWestland from continuing with the arbitration process initiated by it in the wake of scrapping of the contracts.

The Centre has said the arbitration proceedings cannot continue as several criminal cases were pending against the firm and last December British national Christian Michel James, an alleged middleman in the deal, was extradited from Dubai and is lodged in Tihar jail.

After recording the statement of the counsel for the firm and noting that the Centre has no objection to it, provided its objections are kept open, the high court disposed of the government's petition.

Additional Solicitor General Pinky Anand said the government does not have any objection if it wants to withdraw the arbitration proceedings but the objections should be kept open.

The court disposed of the petition with the direction that the firm shall withdraw the claim petition before the arbitral tribunal within two weeks and granted it liberty to file go for civil proceedings.

The high court had earlier agreed to examine the plea and had issued a notice to AgustaWestland on the plea filed by the Ministry of Defence. It had said however that at this stage, no injunction order can be passed as it has not seen the arbitral record and none of the orders passed by the arbitral tribunal has been placed before it.

AgustaWestland had invoked the arbitration clause in the contract for supplying 12 VVIP choppers to the Indian Air Force after the deal was scrapped in 2014. The arbitration is pending before a tribunal comprising William W Park, Justice (retd) BN Srikrishna and Justice (retd) BP Jeevan Reddy.

The Centre had earlier said there were several criminal proceedings going on against AgustaWestland and sought an injunction on the arbitration. It had said the dispute in the present case is non-arbitrable as per the laws of India because serious and substantiated allegations of corrupt practices, bribery and fraud are involved in the instant case.

The Centre had argued that the arbitral proceedings deserve to be stayed as the mandate of the arbitral tribunal stands terminated in terms of Section 29A of the Arbitration and Conciliation Act.

Section 29A of the Act makes it mandatory to complete the proceedings within 12 months (additional 6 months, in some circumstances) from the date arbitral tribunal enters upon the reference.

However, the firm had opposed it saying this case was not governed by the provisions of Section 29A of the Act, as the arbitral proceedings had commenced much prior to the Amendment Act of 2015 coming into force.