FIR filed against sarpanch, patwari; no one arrested. 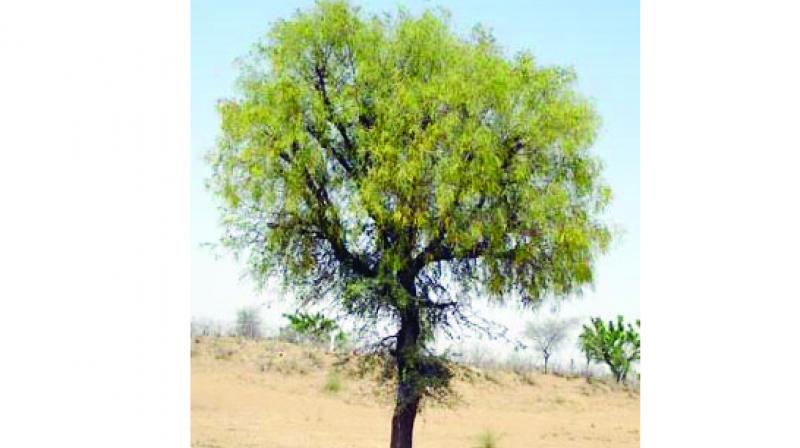 When the tree was being cut in Rajasthan’s Marwar region, Lalita strongly opposed. As temperature soared during the argument, a mob allegedly set her ablaze.

Jaipur: Three centuries after Amrita Devi sacrificed her life, yet another young woman in Rajasthan’s Marwar region was killed for trying to save trees.

Twenty-eight-year-old Lalita was allegedly burnt alive by a group of influential people in village Hariyadhana, not far from Khejrali where 363 people of the Vishnoi community led by Amrita Devi laid their lives to save Khejri tree against the order of local feudal lord in 1730.

It was learnt that a road-widening work was under way in village Hariyadhana under Borunda police station, about 100km from Jodhpur. The deceased farm was situated near the road and a tree on her farm was coming in way of the road widening work. However, Lalita had been objecting to cut the tree.

When the tree was being cut on Sunday, Lalita strongly opposed. As temperature soared during the argument, a mob allegedly set her ablaze. Her attackers included a local public representative and a government revenue official.

She was immediately taken to a local hospital where she succumbed to burn injuries the next day.

Although, the police has registered case against 10 people, including sarpanch Ranveer Singh Champawat and patwari Omprakash, but no one has been arrested so far.

Following the incident, angry villagers have been demanding arrest of the culprits within 24 hours. Superintendent of police (Jodhpur rural), Harendra Kumar Mahawar said that police officers have been sent to the spot and arrested soon.

Meanwhile, state women commission (SWC) chairperson Suman Sharma said that she has asked SWC’s in charge of Jodhpur district to submit a report into the matter and the commission will also summon superintendent of police of Jodhpur.