The search operation launched in Durbugh area of Chadoora turned into a gunbattle after militants opened fire on security forces. 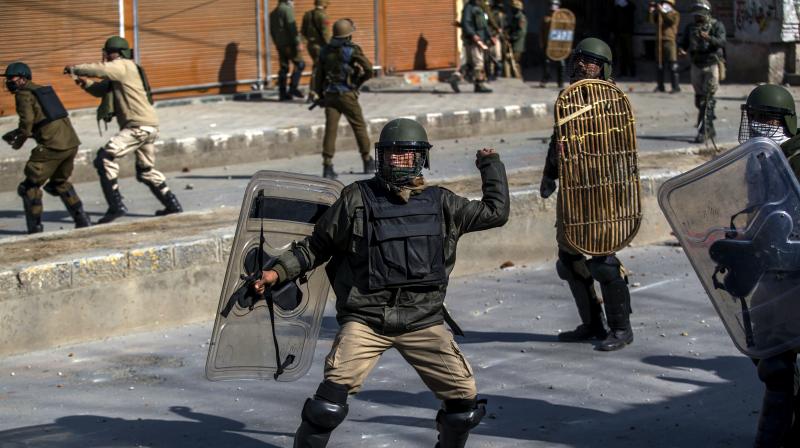 Srinagar: At least two persons were killed and 17 injured in clashes between security forces and protesters near an encounter site in Jammu & Kashmir's Budgam district. One militant was also killed in the encounter, the Army said.

Security forces launched a cordon and search operation in Durbugh area of Chadoora in the wee hours following information about the presence of militants in the area, a police official said.

He said the search operation turned into a gunbattle after militants opened fire on security forces.

As the security forces were engaged in the exchange of firing with holed-up militants, a large number of protesters started pelting stones at the law enforcing agencies, the official said.

He said one person was hit by a bullet in the neck and rushed to a hospital here. He succumbed to injuries on way to the hospital.

Four others suffered injuries as security forces fired pellet guns and tear smoke shells in a bid to disperse the protesters, the official said.

The gunbattle between security forces and militants was going on till last reports came in, the official said.