India   All India  28 Mar 2017  Journalist who shot sting video on jawan booked for abetment of suicide
India, All India

She videographed the jawan, who allegedly committed suicide earlier this month, over abuse of 'buddy' system in the Army. 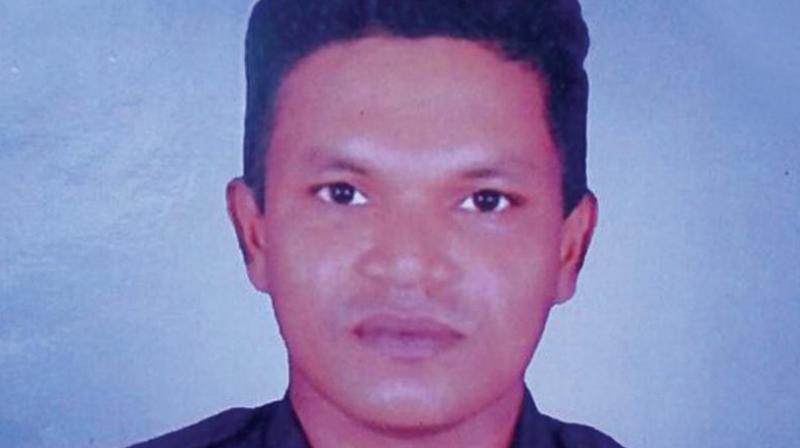 Nashik: Nashik Police has booked a woman journalist of a news portal for allegedly doing a sting on the abuse of the "buddy" system in the Army by videographing a jawan from Kerala, who was found dead in Nashik earlier this month.

The case was registered at Deolali camp police station last night against Poonam Agrawal under Sections 3 (spying) and 7 (interfering with officers of the police or members of the armed forces of Union) of the Official Secrets Act.

She was booked for violating Army rules by entering prohibited areas and conducting a shoot there, Vinayak Lokare, the station in-charge told PTI on Tuesday.

The scribe from Delhi was also booked under sections 306 (Abetment of suicide), 451(criminal trespass), 500(defamation) and 34(common intention) of the IPC, after a complaint was made by Army officials.

Agrawal is accused of entering Heig Lines in Deolali camp without the permission of the authorities and filming the premises besides carrying out a sting operation on Roy Mathew and other jawans on February 24 in which she is said to have asked leading questions, the police official said.

Mathew (33) was found hanging from the ceiling of a room in an abandoned barrack in Deolali cantonment here on March 2.

Police had also recovered a diary from his barrack with some scribblings in his mother tongue fearing possible action from his superiors.

A case of accidental death was then registered by Nashik Police under section 174 (Police to enquire and report on suicide) of CrPC.

The jawan went missing on February 25 after he purportedly figured in the expose by the portal.

The video showed soldiers walking dogs of senior army officials or taking their children to school.

Mathew, a native of Karuvelil in Ezhukon in Kollam district, joined the Army 13 years ago and was working as artillery gunner with the Rocket Regiment 214 in Nashik camp since the last one year.

According to his family in Kerala, Mathew made his last phone call to them on February 25 and from the way he talked it appeared that he was in a frightened state.

He told them that he had recently spoken to a mediaperson about the woes of the soldiers in the Army and of the menial tasks which they were asked to do.

He, according to family members, said these things after ensuring that he was not being recorded. But later, to his shock, the video went viral as his interview was secretly recorded.

Roy had told his kin that he feared that he would lose his job and would have to face consequences for the act.

The jawan was laid to rest in Kollam on March 4 after a fresh autopsy was conducted following insistence of his family, who raised doubts over this death.

Alleging that there were marks of beating on his feet and blood had clotted in some parts, his relatives, including wife Finy, had refused to accept the body until a fresh post-mortem was conducted in Kerala.