India   All India  28 Mar 2017  Protests break out in Noida after Chinese national 'tears' Indian flag and dumps it
India, All India

Police have registered a case against the accused Chinese national, who was the production manager in the company. 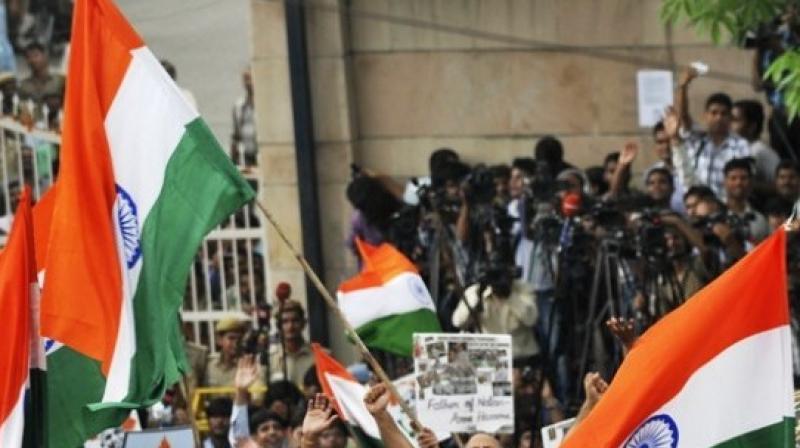 Greater Noida: Chaos ensued in Noida Sector 63 after a Chinese national at a factory of mobile company Oppo tore an Indian flag and threw it in the dustbin late on Monday night.

This enraged the Indian employees working there, leading to frenzy outside the company.

The company officials have offered unconditional apology after the district authorities and Deputy Labour Commissioner intervened in the matter, officials said.

There was a labour dispute between workers and the Chinese company. Deputy Labour Commissioner too was called to settle the matter amicably, according to district officials.

The protestors, including the Chinese mobile company Oppo and members of Vishva Hindu Parishad, had earlier demanded strong action against the accused.

“Every corner of the office is under camera surveillance and we have told the police to scan the footage to establish the facts. We cannot tolerate disrespect towards our national flag,” Vineet Arya, a protester, was quoted as saying by Hindustan Times.

Meanwhile, police have registered a case against the accused Chinese national, who was the production manager in the company. The company has expelled him after the incident.

"The investigation is underway and if the allegation against the accused comes out, strict action will be taken," the police officials said.

Earlier this year, Amazon India was spotted selling door mats with the National flag pattern on them, which provoked a lot of friction.

External Affairs Minister Sushma Swaraj had intervened and had asked Amazon to tender an unconditional apology and withdraw all products insulting the tricolor, otherwise no Amazon official will be granted an Indian visa.