Following the cabinet's decision on March 18, CM Amarinder Singh and his council of ministers stopped using red-beacon lights on their cars. 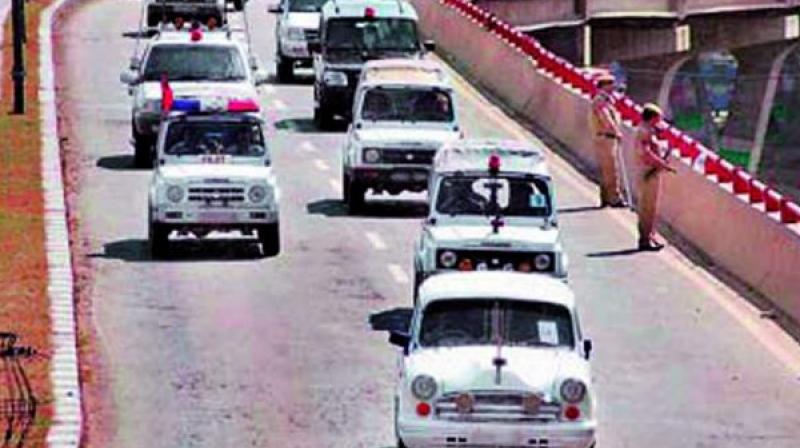 Chandigarh: Hardly a fortnight after the Punjab cabinet decided to do away with beacons, the state government on Tuesday issued an order permitting its use atop vehicles of the Chief Minister and ministers.

"Beacon lights atop official vehicles will be prohibited except in the case of Chief Justice, Judges of the Punjab High Court and the Haryana High Court, and Chief Minister and his cabinet ministers".

Following the cabinet's decision on March 18, Chief Minister Amarinder Singh and his council of ministers stopped using red-beacon lights on their cars.

It said other vehicles allowed to have beacon lights include fire brigades, vehicles engaged in emergency services and ambulances.

The order will be implemented by the state Transport Commissioner and the Additional Director General of Police (Traffic).

The government's move to shed VIP frills was in-line with the Punjab Congress's poll manifesto, and the cabinet took a decision towards it in its first meeting.

Though the Chief Minister and ministers were exempted in the party's manifesto, they had decided to bring themselves within the decision's ambit, an official spokesman had earlier said.

He had also said the removal of the red-beacons also marked the beginning of the state government's efforts to end VIP culture in the official system, which was a huge burden on the exchequer and caused extreme hardship to the common man.