The Upper House was adjourned four times on Monday. 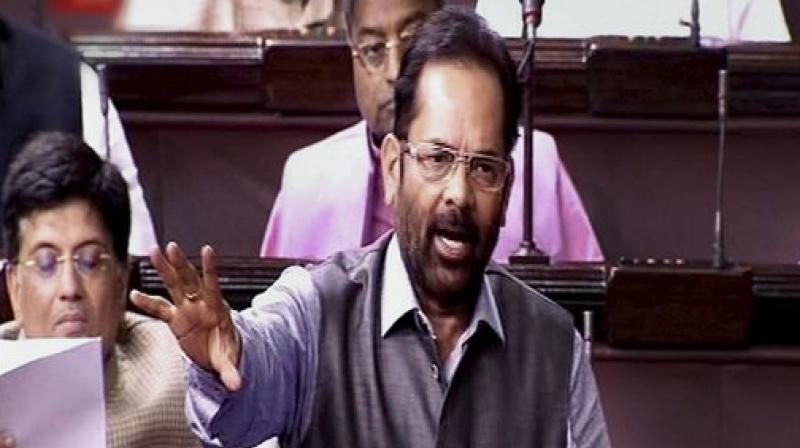 New Delhi: The Upper House was adjourned four times on Monday with the Question Hour seeing a complete washout as the Opposition charged the government with not filling vacancies in four commissions. Congress MP Naresh Budhania raised the issue during the Zero Hour. “When I went to the Minorities Commission, I was informed that there is no member in the commission also there is no chairman.” This evoked a sharp response from other Opposition parties too.

Associating with the issue, the SP and BSP also demanded an explanation from the government. They added that it is not only the Minorities Commission, but also the SC Commission, ST Commission and Backward Commission which are headless.

Responding to the query, minister of minority affairs and minister of state for parliamentary affairs Mukhtar Abbas Naqvi said that the government is in the process of giving representations to Jains in the Minorities Commission. So the matter will go to the Cabinet and soon will be brought to Parliament.

Deputy chairman P.J. Kurien, who was in the chair, requested the members that since the minister has given an assurance, the appointments will be made soon.