They had travelled on the Pushpak on March 6, the previous night of the incident, looking to plant the explosive. 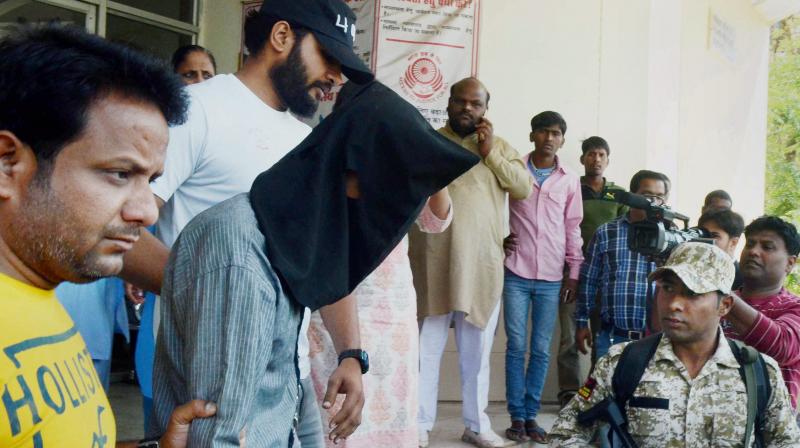 New Delhi: Two of three arrested in connection with the blast on Bhopal-Ujjain passenger train earlier this month have revealed to the National Investigation Agency (NIA) that their intended target was the Lucknow-Bhopal Pushpak Express.

According to an Indian Express report, they had travelled on the Bhopal-bound train on March 6, the previous night of the incident.

Two of the arrested, Atif Muzaffar and Syed Mir Hussain, had told NIA that they had travelled in the Pusphak Express with an explosive-filled bag but were not able to plant it due to heavy crowd and ‘alert passengers’.

The report also stated that they got off at the Bhopal railway station on the morning of March 7, after failing to plant the bomb in the train. Atif and Mohammad Danish, the third arrested, had decided at the last moment to place the explosive on the passenger train that was waiting to leave for Ujjain.

“After their failure to plant the bomb on the Pushpak Express, they got desperate. They managed to get into the last coach of the Bhopal-Ujjain train that was about to leave the station, left the bag filled with explosives and got off”, the IE quoted its sources as saying. The explosion had injured 10 people.

Atif, Syed and Danish had been arrested in Pipariya in Hoshangabad district, while a fourth, Saifullah, died in a gunfight with Uttar Pradesh anti-terror squad in the outskirts of Lucknow.

After interrogation, the NIA learnt that the four had met each other in December 2015 and had decided to form a ‘jihad’ two months later.

“They rented a room in Lucknow where they gave themselves “code” names — Jiya Abu Ibrahim for Atif; Jafar Abu Ismail for Danish; Ali Abu Makaiel for Saifullah; and, Hamza Abu Waqas for Hussain,” the IE quoted its sources as saying.  They had also used the code names to interact with each other.

The four had also tried to get into Pakistan or Bangladesh for a year, from February 2016 to February 2017. They also travelled to Kerala to ‘explore ways of migrating to the Caliphate'.