The symbols have been spotted on the exterior boundary walls of Victoria church in Mahim and Kohinoor Square in central Mumbai. 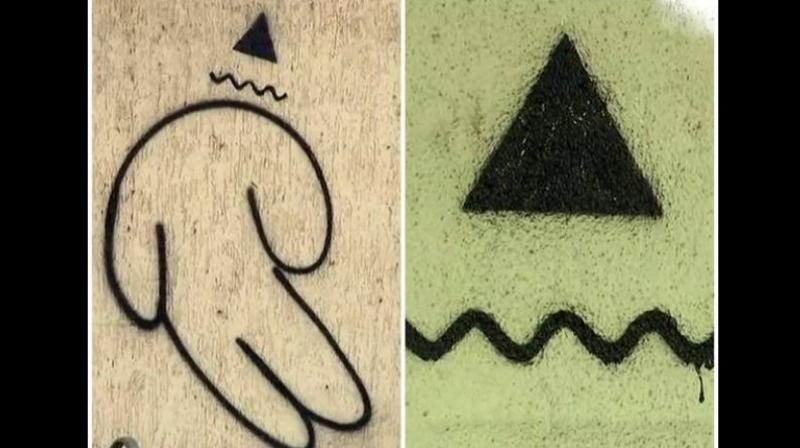 Mumbai: In recent times, the Mumbai city has witnessed strange spray-painted symbols on the walls, billboards, and pillars, which look like triangle with a wavy line underneath.

The symbols have been spotted on the exterior boundary walls of Victoria church in Mahim and Kohinoor Square near Shiv Sena Bhavan in central Mumbai.

The graffitis look similar to the work of anonymous British graffiti artist who has been named as Banksy.

Now this arises the question, is there a Banksy in Mumbai?

'We first saw someone painting this symbol in December, don't know the identity of the person," said a passerby to news agency ANI.

However, another passerby has claimed that the painting made on walls of India Bulls, which is bigger in size than the others, has been made by an Indian, "This painting was made in the month of December. The person who made this painting looked like an Indian."