Rawat informed further that the cell will make its recommendations on the issue to the Commission which would then take a call. 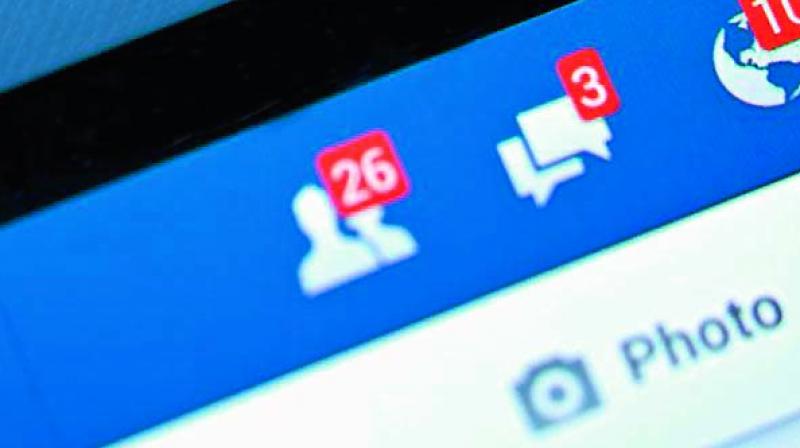 The EC uses Facebook to encourage young people to enrol as voters.

New Delhi: Amid the controversy over data leakage surrounding social media giant Facebook, Election Commission (EC) chief O.P. Rawat on Tuesday gave a thumbs up to the beleaguered company saying that it would remain the election body’s social media partner during the forthcoming Karnataka assembly elections.

Noting that usage of social media cannot be stopped due to instances of “aberrations,” Mr Rawat said the Facebook would remain the poll panel’s social media partner during the Karnataka assembly elections.

He also said the social media cell of the EC would go into the issue of App of politicians and political parties sharing user data without the users’ consent.

Mr Rawat informed further that the cell will make its recommendations on the issue to the Commission which would then take a call.

“Any aberration won’t stop the use of modern technology... Banks frauds have taken place, but we don’t stop banking,” Mr Rawat told a press conference while announcing the Karnataka assembly poll schedule. He was asked if Facebook would continue to be the EC’s social media partner in the wake of reports that its user data had been harvested by a company without the users’ consent.

He said the Facebook would continue to be its social media partner. “It is. We have a Facebook page,” he said.

The chief election commissioner (CEC) added that the social media is a reality and the EC will take all precautions at its commend, to prevent episodes which adversely affect Indian elections.

The CEC had last week said the poll panel would coordinate with the enforcement agencies for suggestions to prevent “unlawful” activities such as attempts to influence polls.

He had made the remarks following revelations about data harvesting by the British poll consultancy firm Cambridge Analytica through Facebook.

The Facebook data scandal erupted after a whistleblower revealed that  Cambridge Analytica, a data firm with ties to American President Donald Trump’s 2016 campaign, accessed personal data from 50 million users of the website without their knowledge, and might have kept that data even after the social media giant told the company to delete it.

The EC uses Facebook to encourage young people to enrol as voters.