India   All India  28 Mar 2020  Bihar woman delivers baby in ambulance as borders closed between Kerala and Karnataka
India, All India 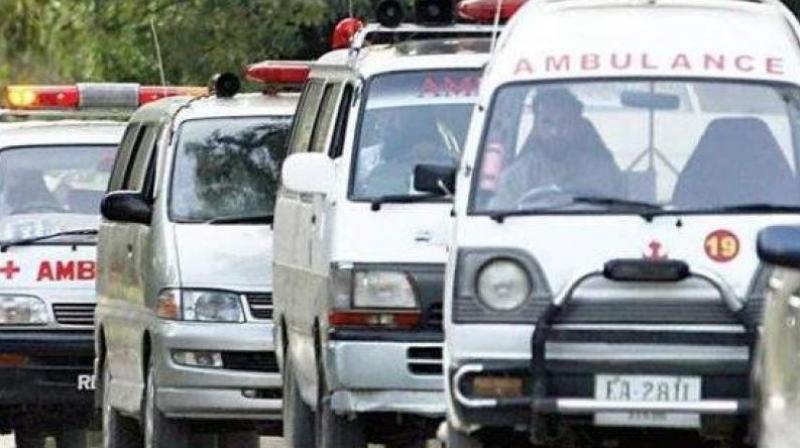 Kasaragod: A pregnant Bihari migrant woman in labour gave birth in an ambulance after the Karnataka police allegedly refused to allow the ambulance carrying her to cross the border road to Mangaluru to reach her hospital.

The border road was shut due to the lockdown. The woman used to consult a doctor in Mangaluru across the border.

As Karnataka police stopped the vehicle at the border in Talapady, saying no vehicle, including ambulances from Kerala, could be permitted to their state, the drivers decided to take the woman was taken to the general hospital here, but she went into labour and delivered a baby girl in the vehicle.

Both the mother and baby are doing fine, authorities said.

Hailing from Patna in Bihar, 25-year-old Gowri Devi and her husband were working in a local plywood factory in this north Kerala district, from where the maximum number of coronavirus cases have been reported so far in the state.

Those living in the border towns and villages of Kasaragod are dependent on the hospitals in Mangaluru as it is nearer, local people said.

The ambulance drivers- Aslam and Musthafa- said they stopped the vehicle by the wayside, making it safe for the woman.

The baby girl and the mother were soon shifted to the government general hospital here and both of them are safe and healthy, they said.

Local people complained that not only pregnant women, but even patients requiring daily dialysis and emergency cardiac and cancer treatment were being sent back by Karnataka police.