India   All India  28 Apr 2018  Elementary education takes a back seat
India, All India

Elementary education takes a back seat

Odisha plans reforms from 2018-19 to improve the state of primary education. 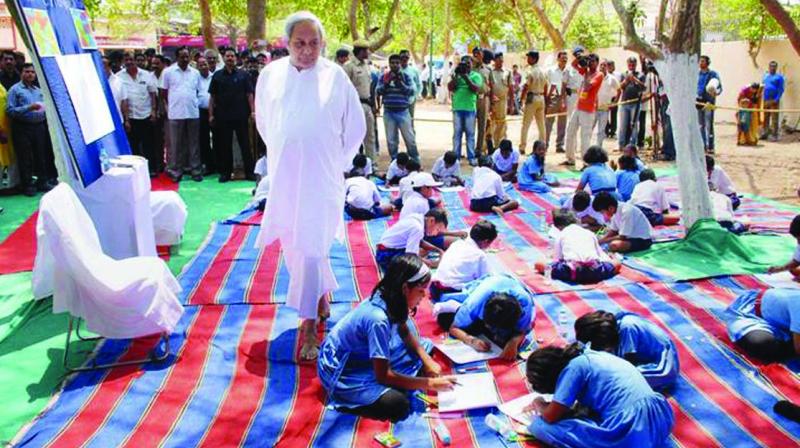 Bhubaneswar: Nine years after Right to Education Act (RTE) was enacted, Odisha struggles to register a significant success in implementation of the law as elementary education in the state is still in a mess. Several schools lack basic infrastructure such as classrooms, separate toilets for boy and girl students and drinking water facility.

According to state school and mass education (S&ME) department statistics, of 33,398 primary schools and 17,696 upper primary schools in the state, 39,066 schools have no playgrounds. There are pipelines to supply water only in 2,965 schools. Around 70 per cent of the primary schools do not have a boundary wall.

State S&ME minister B.N. Patra said, “The government is making efforts to improve elementary education. Recently, we appointed 14,807 teachers. The students will be given shoes free of cost from 2018-19 academic session to lure children to government schools. To this end, the Odisha government has allocated Rs 103 crore in the Budget.”

Of the total number of primary and upper primary schools, 10,587 have no kitchen to cook meals under MDM programme; the construction work is still in under progress.  In view of the worsening elementary education scenario, especially in government schools, Odisha has decided to bring reforms from this academic session.

The RTE Act describes the modalities of importance of free and compulsory education for children between the ages of 6 and 14 in the country under Article 21(a) of the Constitution. The law makes education a fundamental right of every child between 6 and 14 years and specifies minimum norms in elementary schools.

“Our objective is to provide access to education to primary school children within one km and upper primary students within three km from their homes.

Odisha is one of the leading states in implementation of Right of Children to Free and Compulsory Education Rules, 2010. Attention has been paid to achieve universalisation of school education by ensuring 100 per cent admission of children between ages 6 and 14,” he claimed.

However, Dr Gouranga Charan Rout, an educationist, said, “The Odisha government should have made a five-year plan for proper implementation of the RTE Act.

With the department secretary being shifted, obviously, the rules also get changed thus affecting the system in elementary education.”

The minister added that the state government has made a provision of `50 crore under the “Mo School” campaign to promote voluntary donations. The government will also provide funds for  science lab, library, sports and scholarships.