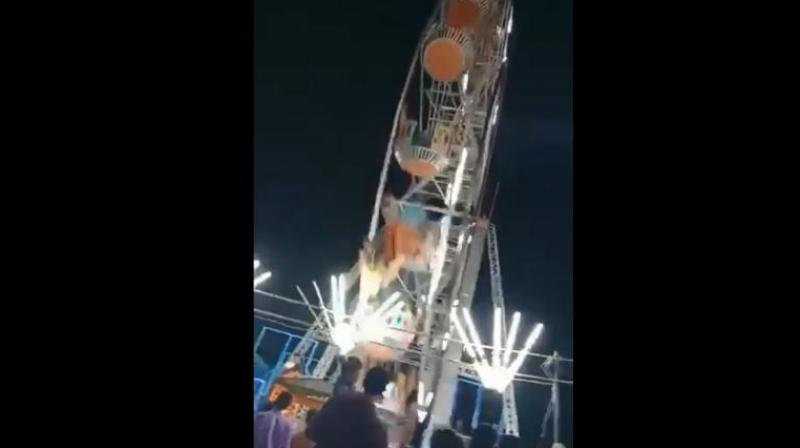 The trolley car crashed after a bolt gave away and it came tumbling down from a height with children. (Photo: Youtube screengrab)

Anantapur (Andhra Pradesh): In a horrific accident at a fair in Andhra Pradesh’s Anantapur, one of the trolley cars of a giant merry-go-round wheel crashed into the ground on Sunday night, killing a 10-year-old girl. Six others, including three children were severely injured in the accident.

According to a report in NDTV, the trolley car crashed after a bolt gave away and it came tumbling down from a height with children.

Eyewitnesses claimed they had alerted the giant wheel operator about the loose bolt. However, he failed to act quickly as he was apparently drunk, NDTV reported.

The fair was being organised at a junior college ground in Anantapur. As it was a weekend evening and summer breaks are on the fair was heavily crowded.

Angered over the incident, the locals caught the operator and beat him up. He was later rescued and handed over to the police.

A probe has been ordered into the accident by the district administration.