Sampath embarked on a four-day 'spiritual sojourn' in Sri Lanka to pay homage to blast victims. 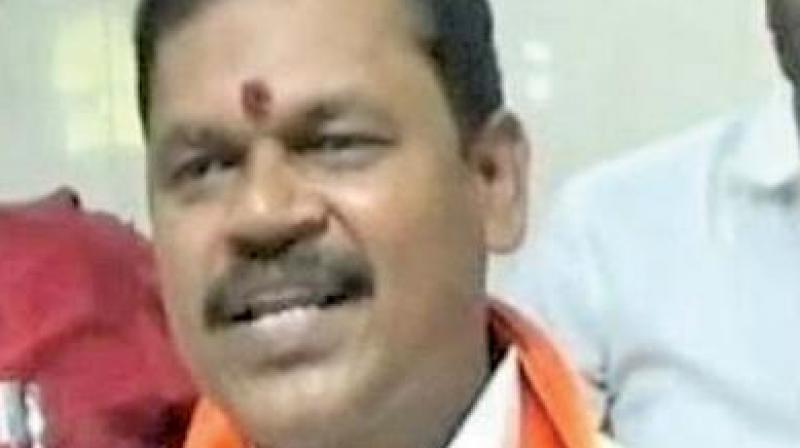 Sampath embarked on a four-day "spiritual sojourn," to the island nation on May 23 and visited the Kandy Murugan temple, Sita Eliya (temple), and also took part in an event at a Shiva temple in Jaffna.

He paid homage to the civilian victims of the 2009 civil war between the government forces and the now defunct Liberation Tigers of Tamil Eelam, the outfit said.

Sampath also paid homage to the over 250 people killed in the serial blasts on April 21.

On May 28, he returned to Tamil Nadu, the Hindu Makkal Katchi (HMK) added.

Arjun Sampath was earlier a Hindu Munnani (an RSS affiliate) functionary and later founded the HMK.

Last year, five men were arrested for plotting to eliminate him and his son Omkar Balaji.