India   All India  28 May 2021  Plea filed against Twitter India for non-compliance with new IT rules
India, All India

The new IT rules came into effect from Wednesday, May 26 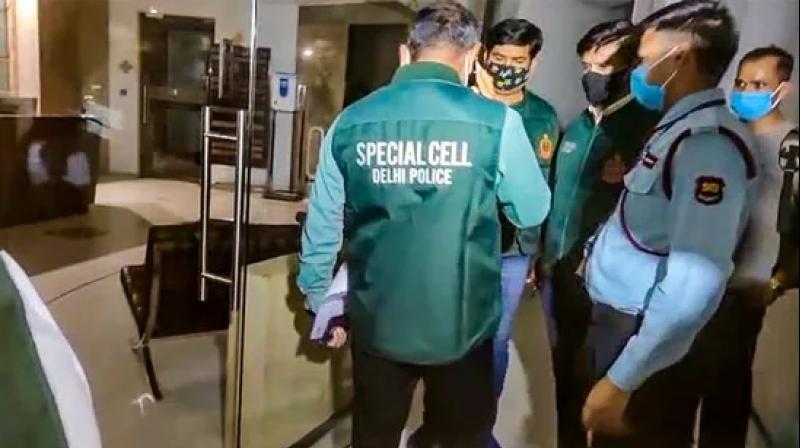 A team of Delhi Police's Special Cell visited the Twitter India's Lado Sarai office in connection with the probe into the alleged ''Covid toolkit'' matter, in New Delhi. (Photo: PTI)

New Delhi: Amid the ongoing row over the obedience of the new IT rules, a plea has been filed in the Delhi High Court against Twitter India for alleged non-compliance with the Information Technology (Intermediary Guidelines and Digital Media Ethics Code) Rules, 2021.

The plea seeks the Government of India to pass necessary instruction to Twitter India and Twitter Inc to appoint Resident Grievance Officer under Rule 4 of the new IT rules with immediate effect.

The row over the company's handling of certain messages started when it called the visit of the Delhi Police to its offices in the national capital and Gurgaon a form of "intimidation". The complaints were met with severe backlash by the government and the Delhi Police.

While the government called it "totally baseless, false and an attempt to defame India", Delhi Police said the statement was "mendacious" and designed to impede a lawful inquiry.

In a statement, the social media giant criticized the new IT rules and regulations and said that the rules "inhibit free, open public conversation." The company added that it was committed to India as a vital market and expressed concern over the safety of its employees in the Indian social media market.

However, the statement didn't go down well with the Delhi Police, which said it had gone to the Twitter office to ask its India head to join the investigation as the messaging platform seemed to have information based on which it declared the 'toolkit' manipulated media.

Hours after this, the Ministry of Electronics and IT issued a statement saying that the country always had a glorious tradition of free speech. "Twitter's statement is an attempt to dictate its terms to the world's largest democracy. Through its actions and deliberate defiance, Twitter seeks to undermine India's legal system," it added.

"Twitter needs to stop beating around the bush and comply with the laws of the land," the ministry further added.

Meanwhile, the ministry on Wednesday had asked all large social media companies, including Facebook and Google, to immediately report on the status of compliance with the new digital rules, and offer details of grievance redressal officer, chief compliance officer and nodal officer to whom users can submit complaints.

The new IT rules came into effect from Wednesday, May 26.