As many as 257 people were killed in the coordinated blasts that ripped through the city on March 12, 1993. 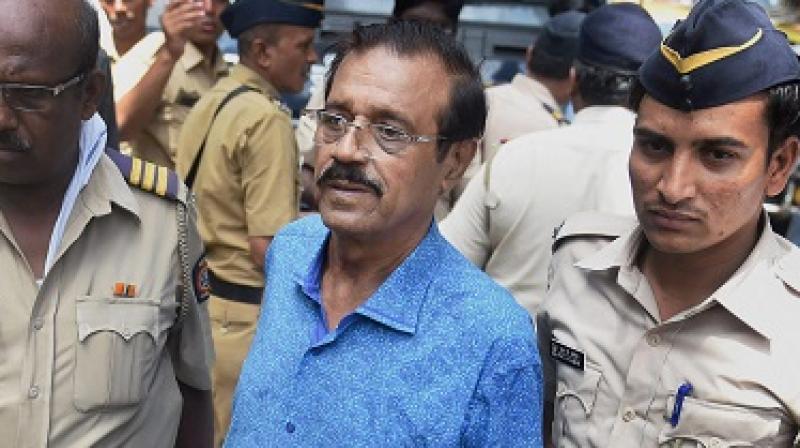 Mumbai: Arguing that the role of Mustafa Dossa, one of the six convicts in the 1993 serial blasts case, was "more severe" than that of hanged convict Yakub Memon, the CBI on Tuesday sought capital punishment for him.

The agency also sought gallows for another convict Feroz Abdul Rashid Khan, saying his role is parallel to that of Yakub, absconding accused Tiger Memon's brother, who was held guilty in the case in 2007 and hanged in 2015.

Special TADA court judge G A Sanap is currently hearing the arguments of the prosecution on the point of sentence.

In the second installment of the trial, the court on June 16 convicted five accused, including Dossa and extradited gangster Abu Salem, under the charges of murder, conspiracy and sections of now repealed TADA (Terrorist and Disruptive Activities (Prevention) Act), while the sixth accused Riyaz Siddiqui was convicted only under TADA Act.

As many as 257 people were killed in the coordinated blasts that ripped through the city on March 12, 1993.

The trial of the seven accused -- Abu Salem, Mustafa Dossa, Karimullah Khan, Firoz Abdul Rashid Khan, Riyaz Siddiqui, Tahir Merchant and Abdul Quayyum -- was separated from the main case as they were arrested at the time of conclusion of the main trial. The court acquitted Abdul Quayyum of all the charges.

Special CBI counsel Deepak Salvi told the court that Dossa was one of the "brains" behind the conspiracy and that his degree of responsibility towards the commission of the crime was the highest.

"If not for him (and other absconding accused) the crime would never have taken place," Salvi told the court.

He said that first conspiracy meeting held at Dossa's Dubai residence had sowed the first seeds of the conspiracy.

Salvi argued that Dossa was one of the masterminds and was in a dominant position of authority.

"Dossa was from among the prime conspirators giving instructions to others," the counsel told the court.

He argued that Dossa financed for landing of arms and explosives and sending people to Pakistan for arms training etc. Dossa had the effective control over the incident and he was one of the architects of the blasts, he said.

"Just like the supreme court had held that Yakub Memon's deeds cannot be viewed distinct from the act of Tiger Memon (a wanted accused in the blasts case), the same can be attributed to Dossa and other suggestion would be futile and worth discarding at the first glance", Salvi argued.

He said Dossa was among the "archers wearing the quiver and releasing arrows and one of the principal perpetrators who got the work done through others".

"The offence could have been averted had it not been hatched by the absconders (including Dossa) or if he had not initiated it by sending the first consignment of arms," Salvi said.

From the execution of the conspiracy, there is a clear instigation by Dossa and he was directly responsible for the blasts as he was one of the brains behind plotting the attacks, the CBI counsel said.

"The crime of terrorism is in itself the aggravating circumstances as it carries a 'special stigmatisation' due to the deliberate form of inhuman treatment it represents and the
severity of the pain and suffering inflicted," Salvi argued.

He said Dossa was a known smuggler and has criminal antecedents.

"The crime committed by him is of the utmost gravity, heinous, dastardly, diabolical and demonic with no regard towards the country and her citizens, and was carried out pruriently relishing the act of spilling the blood and slaughtering," Salvi argued.

Seeking capital punishment for Feroz Abdul Rashid Khan, Salvi said his role is parallel to that of Yakub.

"He was an aide of Dossa who was privy to the object of the conspiracy and its aim, and hence performed the same with vigor and determination," he said.