20 years of Kargil War: How Indian soldiers retaliated and won

Going back to 1999, India and Pakistan battled one of fiercest, yet limited war in many respects and restrictions in Indian history. 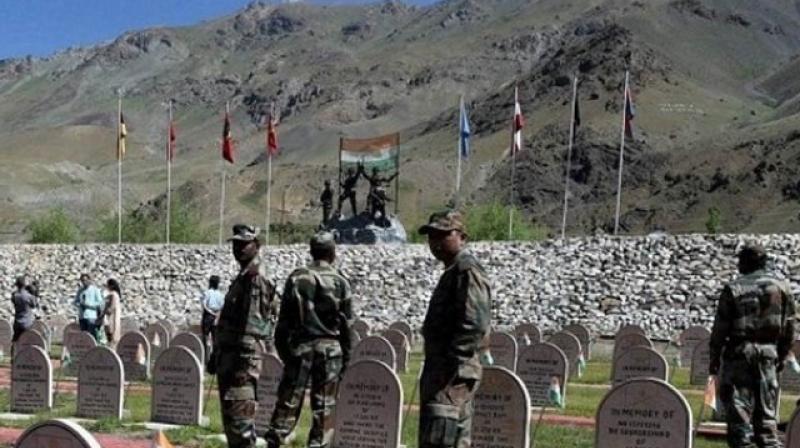 Mumbai: While Indian Prime Minister Shri Atal Bihari Vajpayee was trying to maintain peace in the South Asian region, and  took a delegation comprising of statesmen and celebrities of India  to Lahore, Pakistan's Army Chief Gen Parvesh Musharaff, without the knowledge and permission from his PM Nawaz Sharif, was planning something different, which ultimately resulted in the Kargil War.

Going back to 1999, India and Pakistan battled one of the fiercest, yet limited war in many respects and restrictions in Indian history and won it at a cost of heavy casualties.

Read | 20 years of Kargil War: Facts about the 1999 India-Pakistan conflict

While speaking to one of the Army veteran who gave us an insight about the conflict  that  there used to an un written understanding between the two Armies of  India and Pakistan that during peak of winters when snow sets in, the troops of both sides used to climb to lower heights in their respective territories.

However, in 1999, after the onset of snow, Pakistan did not respect the understanding between the two countries, and instead to returning back to their side, rather moved into the bunkers vacated by us and modified them to fire back on us.

On how the Indian troops received the information about the infiltrators, he said, “While the Indian troops were preparing to go up to the peaks as soon as the snow started melting, bakkarwals (shepherds) reported that some intruders had occupied our positions in Batalik sector. Indian Army immediately sent out a small patrol team led by Lt Kalia to check the positions and clear them which were reportedly occupied by intruders as informed by the Bakkarwals.”

Much to India's surprise, Pakistani intruders captured Lt Kalia and his team and took them as POWs. This alerted the Indian Army down the chain of command and the information reached New Delhi.

Read | 20 years of Kargil War: How Major Wangchuk and his men snatched back Chorbat La

“Subsequent patrols were sent in other sectors as well and it was confirmed that Pakistan had occupied  had captured all along the snow clad areas including Drass, where one of the most fiercest Battle was fought and  right upto Siachen Glacier,” he added.

Indian Army was tasked to regain the lost positions immediately. The decision was more of political nature than tactical, he said.

Speaking about the difficulties our soldiers faced, the Army veteran said, “The major odds for the Indian Army were that the soldiers that were in the valley were only meant for the defensive posture. Hence, the Indian Army had to rush in the additional troops into the Valley by air route by fastest means from various parts of the country. Indian Army's main artillery, Bofors and major weapons were off the road, not available for war due to blockage of road routes. The troops that were already in the Valley had limited ammunition.”

Yet the Indian Army, the best known Army in the world for it’s leadership qualities, highest standard of training and the best moral of its troops, surpassed all the odds, made up the deficiency of spares and replenished its ammunition by the fastest means, fought the Battle of Kargil as it is popularly known and won it too, against heavy odds and at a cost of very heavy casualties to its troops and restored/ regained our positions in the quickest time.