Around 9 am, 38-year-old Rajappan first entered the tank and succumbed to poisonous gas emanating from the septic tank. 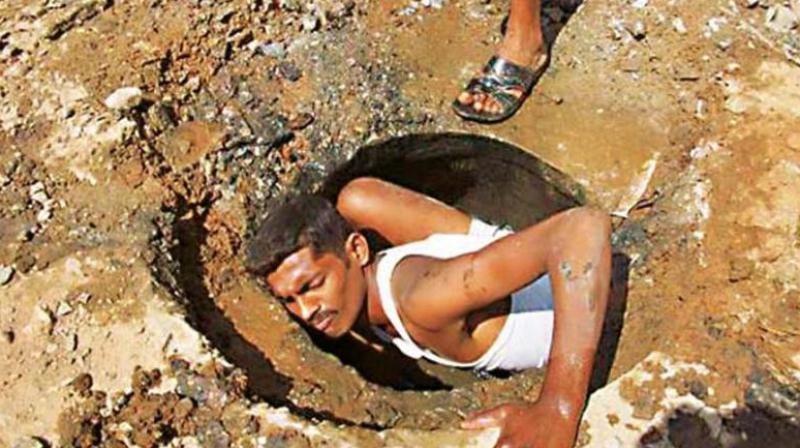 Despite all the measures, manual scavenging is still prevalent across the country. (Photo: Representational)

Coimbatore: Three manual scavengers were killed on Thursday while cleaning septic tanks filled with the faeces of pigs.

Around 9 am, 38-year-old Rajappan first entered the tank and succumbed to poisonous gas emanating from the septic tank, The News Minute reported.

Seeing their colleague struggling, two other, both named Vediappan landed inside the tank for rescue but fell prey of the lethal fumes.

"When my father was leaving, the dog suddenly barked. It was a bad omen and I told him not to go... but he left. He went into the septic tank and didn't come out" said Rajappan's grieving daughter Kuppamma.

Since 1993, hiring people as manual scavengers are banned in India. Moreover, in 2013 a landmark legislation--Manual Scavengers And Their Rehabilitation Act--was passed to reinforce the ban and ensure rehabilitation through a mandatory survey.

Despite all the measures, manual scavenging is still prevalent across the country.

In fact, Coimbatore alone witnessed two deaths due to manual scavenging in January this year.