The Tollywood actress passed away at the age of 73 on Thursday. 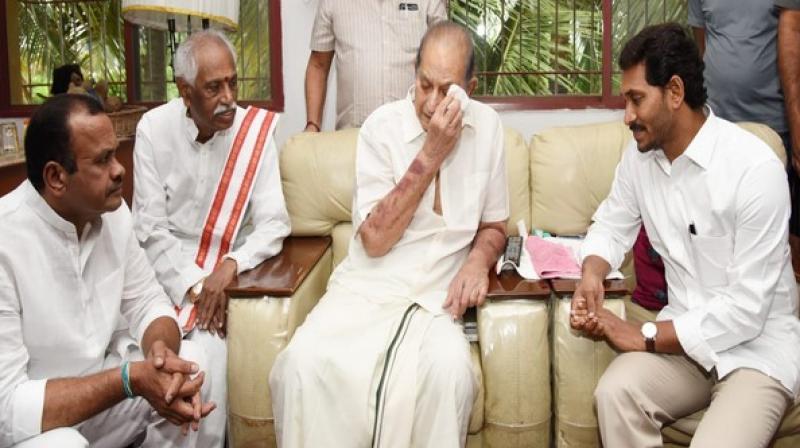 Both the leaders visited the late actress' residence separately in Nanakramguda area of the city and extended condolences to the family of the deceased. (Photo: ANI)

The Tollywood actor passed away at the age of 73 on Thursday. She was ill from the last few days and was undergoing treatment at a hospital in the city.

Both the leaders visited her residence separately in Nanakramguda area of the city and extended condolences to the family of the deceased.

Nirmala is known for her acting and direction in Tollywood film industry has directed over 40 films. She had also marked her entry in the Guinness book of world records as the female director with the highest number of films in 2002.

She is survived by a son, Naresh Vijaya who is also an actor in Tollywood. She is also the step-mother of popular Telugu actor Mahesh Babu.