Security sources however clarified that chilli grenades are effectively used by security forces in Jammu and Kashmir to control unruly crowd. 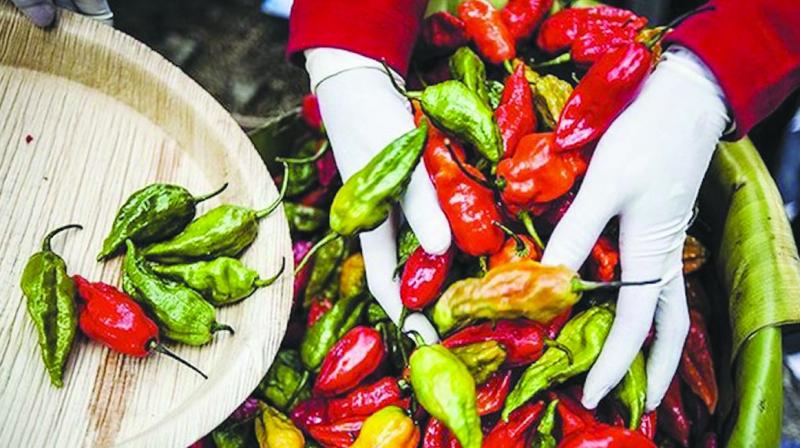 Guwahati: Bhot jolokia of Assam, once rated as the hottest chilly of the world, is no longer restricted to the kitchen but has made its way to the armoury of security forces in Assam as the Defence Research and Development Organisation (DRDO) has started commercial supply of “chilli grenades” using Bhot Jalokia.

Informing that the chilli grenades have finally made their way into the Assam police armoury along with several updated versions of teargas shells, security sources who were engaged in trial runs of these upgraded version of grenade said, “The chilli grenades are currently considered to be the most effective crowd-control non-lethal weapon in the hands of security forces in India. It is a non-toxic weapon, which would primarily be used to control crowd and disperse mobs.”

Security sources however clarified that chilli grenades are effectively used by security forces in Jammu and Kashmir to control unruly crowd. 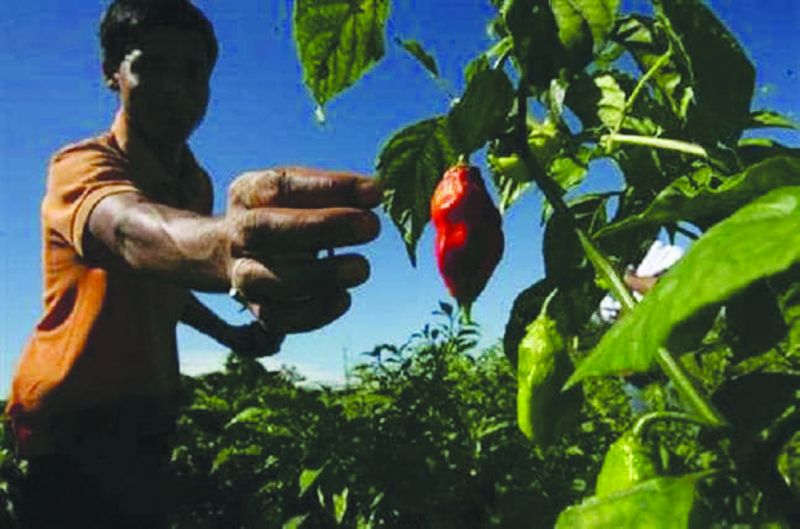 It is significant that military experts of the DRDO have been working on this crowd control grenade packed with ground seeds from the chili — which was once officially recognised as the hottest on the planet by the Guinness Book of World Records.

When deployed, the grenade showers the targets with a dust so spicy that in trials, subjects were blinded for hours and left with breathing problems. Lead scientist R B Srivastava, from the DRDO, stated: “The chilli grenade is a non-toxic weapon and when used would force a terrorist to come out of his hideout. The effect is so pungent that it would literally choke them.”

The hotness of Bhot Jolokia, which is native to Assam, in the northeast, is measured in Scoville heat units and comes in at a massive 1,001,304 — that is nearly twice as hot as Mexico’s red savina that used to hold the record at 577,000. The average jalapeno measures at about 10,000.

In fact researchers in DRDO have also come up with some other ingenious uses for the chilli.

The military experts said: “There are other applications as well, what we call women power. A specially made chilli powder could act as a tool for women to keep away anti-socials and work in this regard is also on.”

The DRDO had also come up with another plan to rub the chilli powder on the fences around army barracks. “The chilli paste could also act as a major repellent against wild elephants,” the experts working on chilli said.

Admitting that security forces in the state are quite vigilant to the challenges in the wake of ongoing process of updating the National Register of Citizens (NRC), security sources said that upgrading the armoury of the security forces is a regular process.