India is the “home ground” for the Afghanistan national cricket team that trains in Greater Noida and Dehradun. 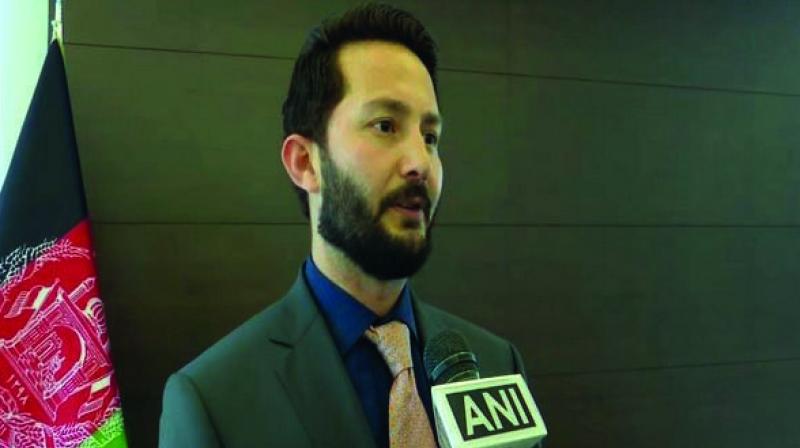 New Delhi: Though connectivity between India and Afghanistan has taken a hit due to the closure of Pakistan airspace following Balakot airstrike by India, the new Afghanistan Charge d’affairs (CDA) in New Delhi Tahir Qadiry said that in the coming days, the two countries will be working closely to overcome all such challenges and explore new avenues in areas of films, culture and sports to increase bonding.

Down from 5 flights a day to 2 now and the New Delhi-Kabul travel taking nearly 5 hours at present due to diversion compared to 2 hours earlier, the India-Afghanistan passenger and freight movement is facing tough time. “Passenger and cargo movement is impacted due to closure of (Pakistan) airspace,” Mr Qadiry said. Despite that the two countries are working towards overcoming the challenges, he added.

Terming India as its most trusted partner in the region and an important ally, Mr Qadiry said new avenues of cooperation are being explored to take forward the bilateral relationship.

“I see India as a land of opportunities and we are exploring new areas to collaborate. Sports and films are the areas where we are looking to work together. We would like Indian films to be shot in Afghanistan that has beautiful locations to offer. Bollywood is very big in Afghanistan. Several Indian soap operas are shown on our television. The day a film is released in India, the same day, unfortunately, its pirated copies reach Afghanistan. In fact, ever since I have come to India, I am getting calls from people back home if I have met actors Shahrukh Khan and Salman Khan,” Mr Qadiry said.

India is the “home ground” for the Afghanistan national cricket team that trains in Greater Noida and Dehradun. Though Afghanistan lost to India in a World Cup match last Saturday in a close contest, its team got huge applause from Indians.

Mr Qadiry said that India too enjoys great amount of goodwill in Afghanistan and sports is a great stress buster for the nation that has been reeling under gun violence for several years. “We don’t share borders with India but we share hearts. Emotionally Afghans are very attached to Indians,” the CDA said.

Mr Qadiry further said that a new image of Afghanistan is reshaping where the youth is taking a lot of initiative to change the present scenario. “In this we have great assistance from India which gives our students opportunities to get best education. Nearly 1,000 Afghan students come to India every year on scholarships. Giving any nation education is the key to its success and India has given us opportunity for that,” he said.

Incidentally, Afghanistan President Ashraf Ghani was in Pakistan holding talks with Prime Minister Imran Khan on peace efforts and exploring ways to overcome the mistrust in the bilateral relations.