Subhash had joined the BJP in 2014 and is one of the official spokespersons of the party's Telangana unit. 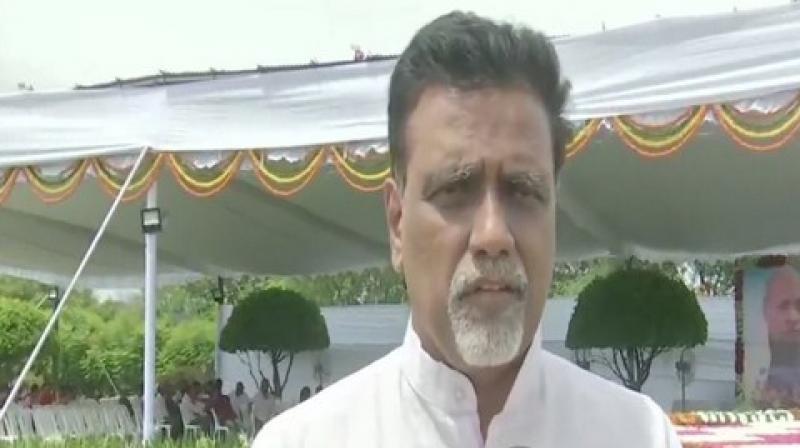 Rao's grandson, NV Subhash, who is now affiliated to the BJP, claimed that Congress leaders did not pay respects to the former prime minister on his birth anniversary today. (Photo: File)

Hyderabad: The Congress sidelined PV Narsimha Rao to keep the focus on the Nehru-Gandhi family, said his grandson on Friday and demanded an apology from Sonia Gandhi and Rahul Gandhi for ignoring the former prime minister.

Rao's grandson, NV Subhash, who is now affiliated to the BJP, claimed that Congress leaders did not pay respects to the former prime minister on his birth anniversary today.

"After Congress's 1996 debacle, he (Rao) was sidelined due to many issues, which were not concerned with his government policies. The Congress party thought that if anyone apart from Gandhi-Nehru family continues then they themselves will not be noticed and so he was sidelined," Subhash told ANI.

"All failures of the Congress party have been attributed to PV Narasimha Rao and his contributions have not been credited to him. I demand that Sonia Gandhi and Rahul Gandhi should apologise, and come and pay their tributes to him," he lashed out at the grand-old party.

Subhash had joined the BJP in 2014 and is one of the official spokespersons of the party's Telangana unit.

He alleged that even on Rao's 98th birth anniversary today, the Telangana Congress leaders did not pay their obeisance to the former prime minister.

"None of the Congress leaders from Telangana have come and paid floral tributes to him. Everyone, including BJP, TRS and TDP came and paid their respects but not Congress. This shows how autocratic they are," Subhash said.

Subhash outlined his grandfather's contribution to the country and credited him for taking steps to lift the country from economic chaos.

"His contributions to Congress and the nation have been appreciated by everyone all over the world. When Narasimha Rao took over in 1991 after Rajiv Gandhi's death, he contributed with the help of Manmohan Singh as finance minister. It (Our country) was in doldrums. His contributions are immense which cannot be measured," he said.

Earlier in the day, Modi paid tributes to Rao on his 98th birth anniversary and called him a "veteran administrator" who "led the nation at a crucial juncture of our history."

Modi also applauded Rao for his leadership and for taking steps which contributed to the progress of the nation.

"Remembering Shri PV Narasimha Rao Ji on his birth anniversary. A great scholar and veteran administrator, he led the nation at a crucial juncture of our history. He will be remembered for taking pioneering steps that contributed to national progress," the Prime Minister tweeted.

Rao, the ninth Prime Minister of India, assumed office in June 1991 and stayed in power till May 1996. He is credited with bringing many economic reforms in the country particularly for dismantling the License Raj in the country.

It was during Rao's term that he appointed Manmohan Singh as the Finance Minister, who ushered in a series of economic reforms to lift the country from a worsening economic crisis.

Rao's five-year tenure also saw the destruction of the Babri Mosque in Uttar Pradesh's Ayodhya in 1992, which led to Hindu-Muslim riots across the country.