To make matter worse, the AAP has launched a statewide stir named “Bilji Andolan” against the state government. 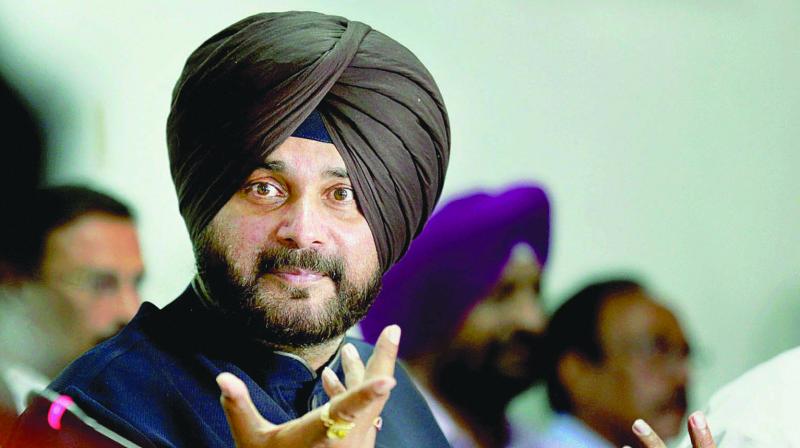 Chandigarh: A sulking Navjot Singh Sidhu has remained incommunicado after being removed from the urban development ministry by chief minister Amarinder Singh in Punjab. Mr Sidhu, who has not taken charge of his new ministry of power assigned a fortnight ago, could cause a lot of embarrassment to the Punjab government at a time when the Opposition AAP has decided to launch a Biljli Andolan in view of rise in the power tariff in the state. The absence of power minister at such a time would be a handy issue for the Opposition to exploit.

Even as the state is going through a peak summer season when the demand for electricity is high, the minister in-charge Navjot Singh Sidhu is yet to join the ministry. Confusion over his taking charge of the department persists. In the Cabinet reshuffle some two weeks ago, Punjab chief minister Capt Amarinder Singh had allotted power and new and renewable energy sources portfolio to Mr Sidhu. In a rebellious mood since he was divested of the local government and tourism and cultural affairs departments, Mr Sidhu now reportedly wants a better deal from the party high command. Along with a cabinet berth in Punjab, Mr Sidhu is said to be demanding the state Congress chief’s post.

While the ministers are within their right to express displeasure over their new placements, like many others did but joined later, the continued absence from their offices amounts to rebellion. June is the most crucial time for the power department as the paddy transplantation season is at its peak. Leaving such an important department “headless” at such a crucial time reflects bad on the government.

To make matter worse, the AAP has launched a statewide stir named “Bilji Andolan” against the state government. The AAP is seeking a two-day special Vidhan Sabha session on the issue of fast depleting groundwater table, drying up of rivers and other water channels, and the agreements signed between states on river waters. Senior party leader Kultar Singh Sandhwan would prepare a detailed list in this regard with the help of experts.

Briefing about the proposed ‘Bijli Andolan’,  AAP leader Aman Arora said that the common man in Punjab was paying a high rate of electricity compared to other states, which was a fallout of the anti-state and anti-people agreements signed between the previous BJP-SAD government and the private power players.

He added that the agreements stood to incur a loss of Rs 2,800 crore per year, ending up with a total loss of Rs 70,000 crore in the coming 25 years, adding that the government should cancel the anti-state agreement immediately in order to keep the promise made during the election of providing power to the people at affordable rate.

Not to leave a chance to attack Mr Sidhu, the Akali Dal alleged that it is a breach of constitution that he has not joined his ministry. Shiromani Akali Dal president Sukhbir Singh Badal had taken potshots at the change of Sidhu’s portfolios. His tweet read: “Interesting. Amarinder removes ‘sherryontop’ (Sidhu) from the local bodies citing his performance as the reason for the Cong defeat in urban areas in the Lok Sabha poll. And now Sidhu has been given ‘Power’ so that Sidhu can ‘perform’ and achieve the same results in rural areas.”