Besides, coastal Karnataka, Andhra Pradesh and Yanam are likely to receive heavy rainfall, the IMD noted. 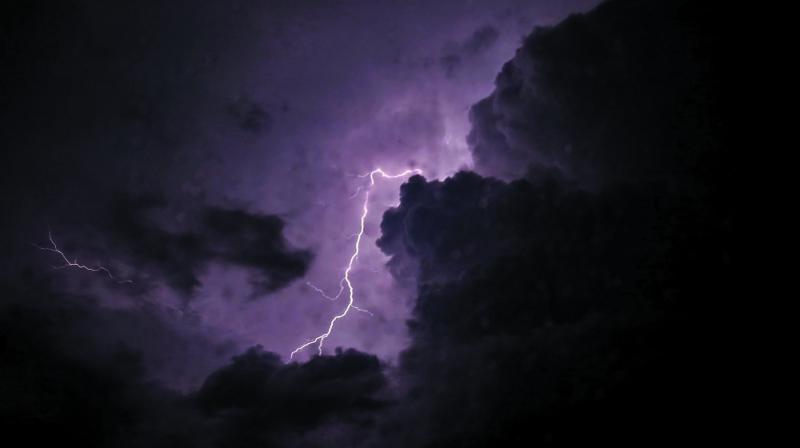 The weather forecasting agency has also given a lightning alert for Jharkhand.

Besides, coastal Karnataka, Andhra Pradesh and Yanam are likely to receive heavy rainfall later in the day, the IMD noted, bringing some respite to scorching heat in these regions.

Rough to very rough sea conditions (with wind speed reaching 40-50 Kmph) are likely to prevail over southwest and west-central Arabian Sea and east-central and southwest Bay of Bengal and Andaman Sea.

The IMD has advised fishermen not to venture into these areas.